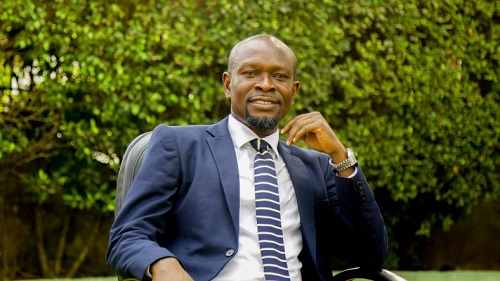 He said this during an interview with the Communications Department in an exclusive chat dubbed â€œTime with C.K Akonnorâ€.

Home-based players are often overlooked or given limited space in the Black Stars in recent years, unlike the past when they commanded regular playing time in the team.

Akonnor shared memories of how he made it into the national team then as a local-based footballer.

Akonnor concedes that much has changed since then. He understands that there is a difference between playing at home and plying a trade abroad but still thinks the home-based players have a chance.

â€œThe locals, when you see them with the professionals (foreign-based players), there is a big gap. And that is up to them (to work on that).â€

â€œOf course, once I see a player doing well, I will give him that chance. They should also believe that they are coming to play, not even to be on the bench. And that will show automatically in training.â€

â€œThese are the kind of things, they would have to do and it has to come from the individual. Yes, weâ€™ve seen them, Iâ€™m not going to close my eyes on them, once they are doing well.â€

The former Dreams FC, AshantiGold and Asante Kotoko Coach believes consistency has been the bane of players who ply their trades in the Ghanaian top flight.

â€œMy research tells me in Ghana no player has been able to play three matches on the top. 3, 4 itâ€™s a challenge [for them]. They should challenge me.

"First match on the high, second middle and third you drop, and fourth on the high, no!. They need to be consistent in their performance and they will automatically get in there,â€ he added.