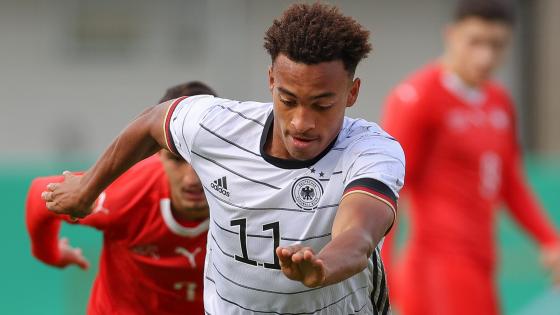 Coach C.K Akonnor says Jamie Leweling is one fine talent who has the potential to grow into a big player.

The teenager who plays for Greuther Furth, was on Friday, named in Ghana’s 23-man squad for the 2021 Africa Cup of Nations qualifier against Sudan.

Coach C.K Akonnor told GFA News that Leweling, is hope for the future.

"He is a young man who is all over the place with lots of teams interested in him because of what he has done.

"He is growing very fast. He just got a chance from the second team and now he is with the first team. He’s been a player I believe is a hope for the future.

"Leweling is one of the guys that we can have because he’s young, 19 years of age and he has had the chance to play for the German national team and so we are looking at how we can also get him on board to also help us in the future. He’s somebody I believe if not today, he’s going to be the hope for our future and that’s why he’s here," Akonnor added.

Ghana will on Thursday, November 12, 2020 take on the North Africans in the first of a doubleheader tie at the Cape Coast stadium, before traveling to Khartoum, five days later for the reverse fixture.