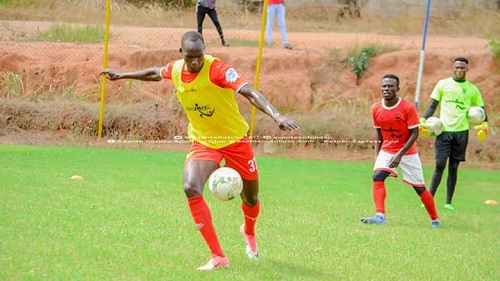 Asante Kotoko will be without striker George Abege for Sunday's CAF Confederation Cup playoffs clash against Ivorian side San Pedro in Kumasi.

The Ugandan failed to pass a late fitness test for the first leg tie at the Baba Yara Sports Stadium.

The 26-year-old was out of the club's training for days after sustaining a minor injury at their training for their CAF Confederation Cup game.

He resumed training on Thursday but he has been ruled out of the match after several tests conducted by the medical team of Kotoko.

He is yet to score for Asante Kotoko since his arrival at the Ghana Premier League heavyweights.

Abege made two appearances for Kotoko during their 2019/20 CAF Champions League campaign.