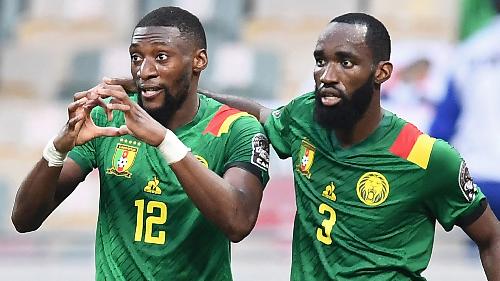 Cameroon on Tuesday joined the 4 other nations to have qualified for the 2022 World Cup in Qatar after recording a win over Algeria.

Rigobert Song's side beat Algeria 2-1 after extra time to qualify on a 2-2 aggregate away goal rule.

That result means Africa's five qualifiers for the 2022 World Cup have been decided.

Cameroon were not favourite going into the game after losing the first leg 1-0 in Yaounde.

They started the game in fine fashion when Eric Choupo-Mouting drew them level on aggregate with a fine finish in the 22nd minute.

They held on tightly to that lead to see the game enter extra time.

They were caught off guard with two minutes to the end extra time when Algeria grabbed the equalizer and that looked to be the last action of the game but Toko Ekambi snatched a late goal to see Cameroon win 2-1 and 2-2 on aggregate but qualify due to away goal.