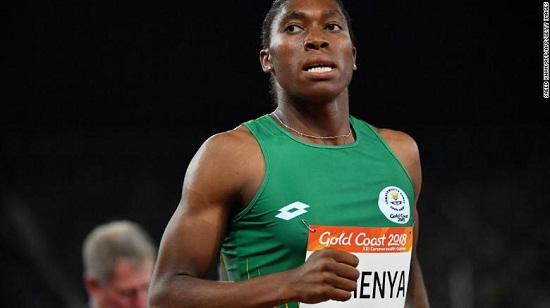 Double Olympic champion Caster Semenya has lost her appeal against the introduction of new rules regulating the testosterone levels for athletes with a difference in sex development (DSD).

The Court of Arbitration for Sport (CAS) announced that its panel had rejected the South African's challenge against the IAAF' "by majority" but did add that it had "serious concerns as to the future practical application" of the new rules.
Athletics' governing body's new regulations will now require any athlete with DSD who wishes to compete in international track and field events from 400 meters to the mile to reduce their testosterone levels, should they want to continue competing as women.
Under IAAF's rules, athletes categorized as DSD would have to reduce their blood testosterone level for a continuous period of at least six months, maintaining those levels continuously for the rest of their athletic career.
"Sometimes it's better to react with no reaction," tweeted Semenya after the verdict was announced.
The ruling means that Semenya will not be eligible to compete in her favored events, the 800m and 1500m, at the World Championships in Doha later this year as she has missed the cut off point of six months.
However, she may be eligible to compete in the 5,000m, which she won in the South African championship last month, as that discipline is not one of the events covered under the new IAAF regulations.
Semenya has 30-days to appeal the CAS ruling to the Swiss Federal Tribunal.
Source:CNN