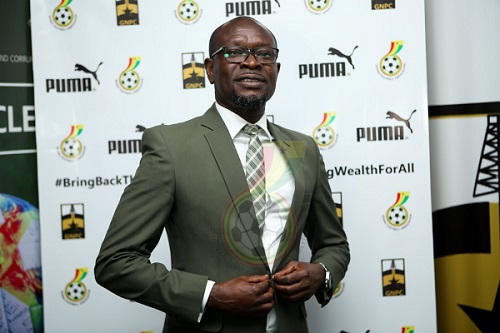 Black Stars coach Charles Kwablan Akonnor has insisted that he is not tensed going into his first game against Mali.

The former Asante Kotoko and Hearts of Oak coach will be handling his first Black Stars game since his appointed in January.

The Black Stars will play Mali on Friday, October 9 behind closed doors due to strict COVID-19 protocols.

Speaking ahead of the friendly in Turkey, Akonnor called on Ghanaians to rally behind the team and maintained that he is not tensed.

"I can only be proud of myself and the things I have done. I can only thank Ghanaians for giving me that opportunity and more so, the Football Association, the Ministry and the Government for bringing somebody of their own to do this job. I am certainly happy and I want to do this to the highest level of my own understanding in this game and I need support from each and every Ghanaian.

I am not tensed; this is a friendly match and it is important for me to look deep into it and see who can help the team and make it better. We want to be a team that will attack and play constructive football, easy going football, but with lots of discipline."

CK Akonnor on Friday, September 25 named a 23-man squad for the upcoming friendly against Mali.

He handed debut call ups to France based Alexander Djiku who plays for Strasbourg, Yakubu Mohammed of Azam FC in Tanzania, Benson Anang of MSK Zilina in Slovakia, Emmanuel Lomotey of Amiens in France and youngster Kamal Deen who plays for Danish side Nordsjaelland.