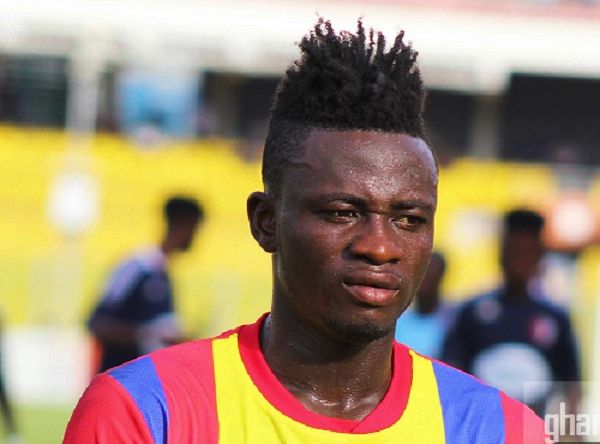 Hearts of Oak right-back Fatawu Mohammed has been handed a late call-up to the Black Stars for Ghana's upcoming AFCON 2021 doubleheader this month.

The defender is coming in as a replacement for Harrison Afful who has withdrawn from Kwesi Appiah's 23-man for the AFCON 2021 qualifiers against South Africa and Sao Tome and Principe due to injury.

A tweeted from Hearts of Oak and their head coach Kim Grant has confirmed their club captain Fatawu Mohammed is joining the national team set up to pay his dues.

This rubbishes earlier media reports that Dunav Ruse defender Samuel Inkoom had been drafted in place of Harrison Afful.

"We are happy to inform you that Hearts of Oak Captain Fatawu Mohammed has earned a called up to the senior national team, the black stars of Ghana for their upcoming African Cup of Nations qualifiers. We wish him all the best. - Hearts of Oak

Kim Grant shared: I'm delighted and proud to announce our club captain of Accra Hearts of Oak Mohammed Fatawu has been called up to the Senior Ghana national team - the Black Stars, for the upcoming African Cup of Nations Qualifiers against South Africa & Sao Tome and Principe next week.

Wishing you the best of Luck"

Fatawu was part of Ghana’s Black Stars B team that won bronze at the 2019 WAFU Cup of Nations in Senegal.

Ahead of the doubleheader, Ghana Football Association have launched a campaign#BringBackTheLove aimed at igniting passion and galvanising support for the Black Stars as they seek to redeem themselves after their disappointing Afcon 2019 campaign in Egypt. 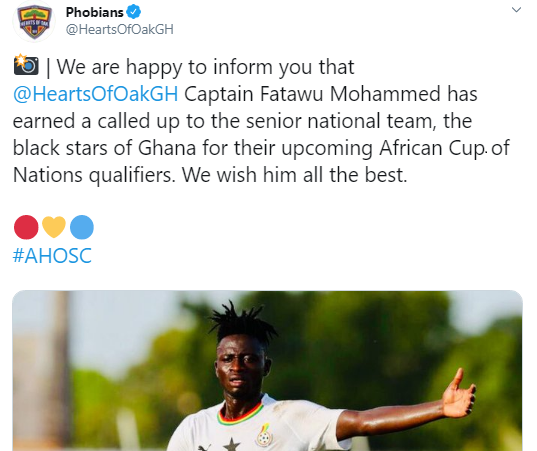 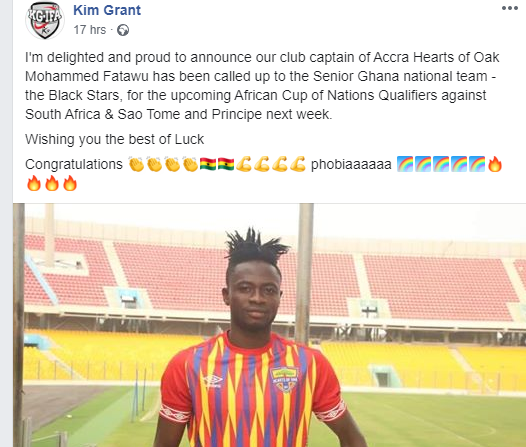