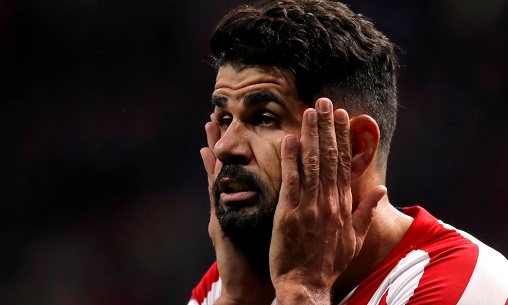 However, despite the sentence, Costa will not serve time behind bars as Spain’s legal system allows sentences under two years for non-violent crimes to be exchanged for a fine.

Costa appeared in court wearing a white mask in the Spanish capital on Thursday and has agreed to pay an additional fine of €36,500 on top of his initial punishment to avoid jail time.

“Diego Costa reached an agreement a few months ago with the prosecutor and has already paid the corresponding fine plus interest and the request for a prison sentence was withdrawn,” an Atletico spokesman told Reuters on Wednesday.

Both Cristiano Ronaldo and Lionel Messi have fallen foul of Spanish tax laws in recent years.

Barca came in support of their top-scoring player at the time.

“FC Barcelona gives all its support to Leo Messi and his father with relation to the sentence for tax evasion handed out by the Provincial Court in Barcelona today,” a statement read.

“The Club, in agreement with the Government prosecution service, considers that the player, who has corrected his position with the Spanish Tax Office, is in no way criminally responsible with regards to the facts underlined in this case.

“FC Barcelona continues to be at the disposal of Leo Messi and his family to support him in whatever action he decides to take in defence of his honesty and his legal interests.”