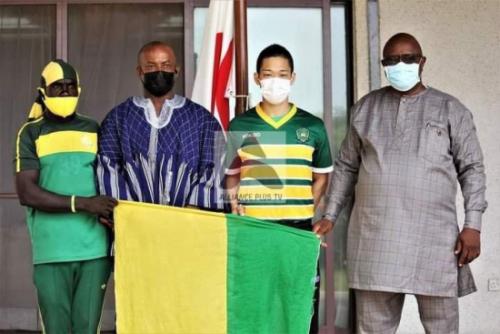 The Cape Coast side on Saturday morning outdoored their latest acquisition having announced his signing on March 10, 2021.

Morishita has put-to-paper to join the Cape Coast-based side on a deal until the rest of the season after leaving Zambian side Maestro United.

The 25-year-old is the first Japanese player to join the elite league in Ghana and is expected to make his debut when the second round of the Ghana Premier League resumes next weekend.

“Jindo Morishita has a strong aspiration to build a new relationship between Japan and the African continent, especially Ghana, through football.