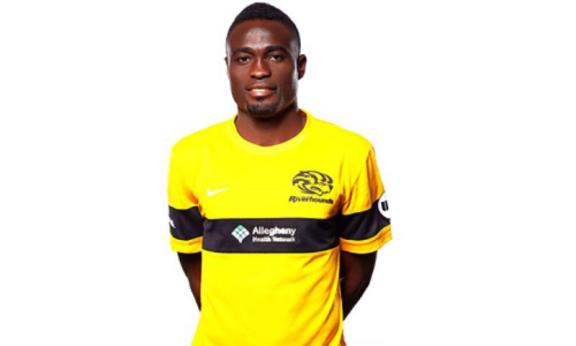 Ghana Premier League side Elmina SharksÂ have announced that they have beefed up the team with two new additionsÂ ahead of the second round.

The club who are aiming for Top 4 finish have supplemented their squad with a striker and a midfielder to mount a strong challenge when the league resumes.

READ ALSO:Â It is not true Felix Annan is joining us - Maritzburg United chief

They have confirmed the signing of former Ebusua Dwarfs striker Justice Ato Mensah who joined on a free transfer after ending his stay with at Congolese club SM Sanga Balende.

A statement on the clubâ€™s Twitter handleÂ  said: â€œSIGNED!!!! We welcome #JusticeAtoMensah to the Fearsome Sharks family.

Meanwhile, James Bissue has joined coach Yaw Acheampong's side to solidify their midfield department. Bissue who featured for Eleven Wise and Hearts of Oak before moving on to play for several clubs abroad ,has a two-year deal with Sharks.

A statement read: FINALLY!!! We are glad to announce that the registration of experienced midfielder #JamesBissue is completeâ€, a club statement from Elmina Sharks said on Wednesday.

Elmina SharksÂ have enjoyed a good campaign in the 2019/2020 top-flight league and occupies the 5thÂ position on the standings of the division.