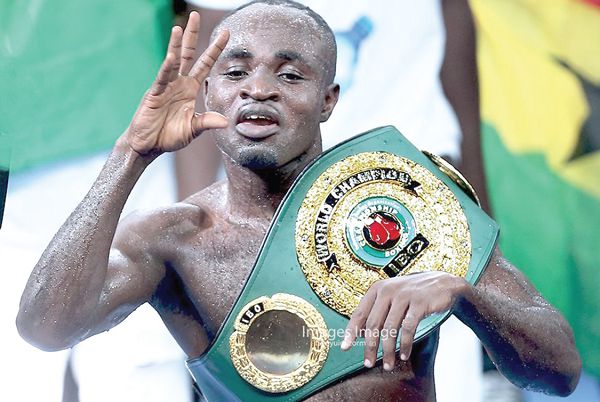 The bout will be the first for Tagoe since 2020 when he defeated Mason Menard in November of that year. For Garcia, the fight will be his first after 15-month layoff due to depression and injury.

The encounter will also be the 3rd for Tagoe since he moved to the United States and started working with well-known promoter, Lou DiBella.

De La Hoya told Fight Freaks Unite of the value of the bout to Garcia and how the boxer’s team was not going to underestimate Tagoe who is very unknown in the international circles of boxing but could cause an upset just like what George Kambosos did to Teofimo Lopez.

“We finalized Ryan Garcia and Tagoe. I’m sure a lot of people don’t know who this guy is but he’s good and he comes to fight.

It’s a great fight for Ryan because Tagoe is going to come forward and give Ryan a difficult fight. I don’t think it’s going to be easy.  Who knew Kambosos when he fought Lopez.

Tagoe has the same exact team as Kambosos. They have the same promoter (DiBella), the same trainer (Javiel Centeno) and the same manager (Peter Kahn). Hopefully, it’s not a sign. You never know with these fighters from Ghana.”

Tagoe’s promoter, Lou DiBella sounded a word of caution to Garcia’s camp over the challenge Tagoe could pose during the bout.

“Tagoe is a legit top lightweight kind of guy. Ryan’s been off for long time and he’s overcoming some issues. If Ryan is strong and himself we’re gonna get a terrific fight.

Sure, Ryan is the favorite but Tagoe is a real fighter and Ryan is going to need to be 100 percent to beat Tagoe. It’s an interesting selection for Ryan coming back and a real fight, and good fight to see where Ryan is.

And it’s a terrific opportunity for Tagoe, one he has been looking for. Beware of a hungry fighter with pedigree from Ghana.

“Make no mistake — Tagoe can fight and Ryan is really good. Ryan and Oscar and everyone at Golden Boy are conformable he is back and they made a legit fight for him.”