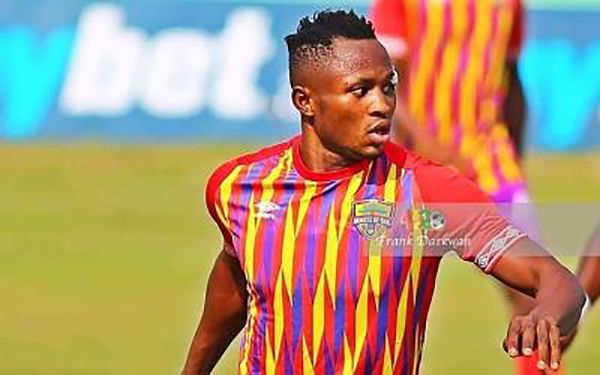 Ghana Premier League side Hearts of Oak have explained why they parted ways with striker Joseph Esso.

The club on Friday parted ways with Esso who joined the club in 2017 from Ebusua Dwarfs. The news came as a shock to many who see Esso as an integral part of the team.

According to the Communications Director of the Hearts of Oak, Kwame Opare Addo, the Accra based club planned on renewing the contract of the attacker however, the latter's financial demands he proposed were beyond the 2009 Ghana Premier League champions limit.

He added that, the Black Stars B striker was also not willing to sign a contract beyond a year.

“Joseph Esso opted for only one-year contract extension, the club wanted him to sign a two-year extension," he told Citi Sports.

“The club started engaging him more than a year ago, hoping he would change his mind but it never happened.

“Beyond that, the financial demands he was also making for that one-year extension were unrealistic so we had no option than to let him go,” he added.

Joseph Esso was not the only player whose relationship ended with the hearts of Oak on Friday as the management of the club decided to let Benjamin Agyare, Christopher Bonney, Bernard Arthur and Abubakar Traore leave after both sides opted not to extend their services.