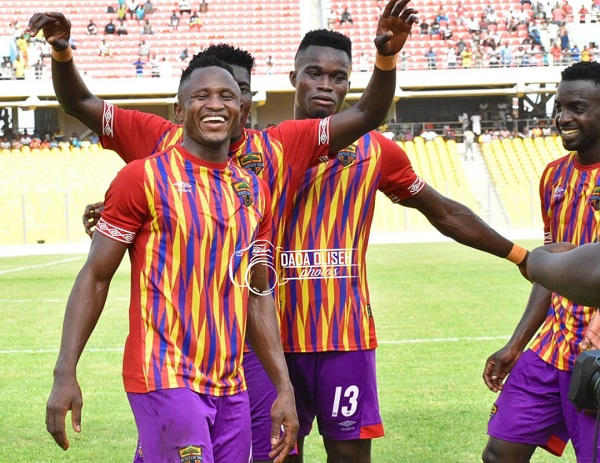 Hearts on Facebook announced that the management has decided to let Joseph Esso, Benjamin Agyare, Christopher Bonney, Bernard Arthur and Abubakar Traore leave after both sides opted not to extend their services.

The Facebook post read: "@heartsofoaksc management has met players, Joseph Esso, Benjamin Agyare, Christopher Bonney, Bernard Arthur and Abubakar Troare and thanked them for their services as both sides opted not to extend their contracts. We wish them the very best of luck in their respective careers." 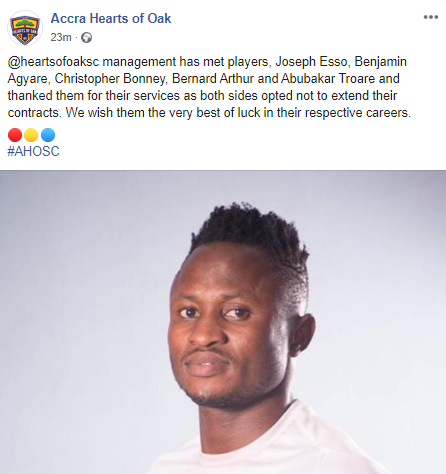 This comes as a shock to many who see Esso as an integral part of the team. Early this season he was rumoured to be on his way to join Sudanese Side Al Hilal.

Benjamin Agyare who joined the Phobians from Heart of Lions some seasons ago has also been left to leave after finding it hard to break into the first team.

Reports indicate that Bernard Arthur is on his way to great Olympics and Christopher Bonney is wanted by several Ghana Premier League clubs.