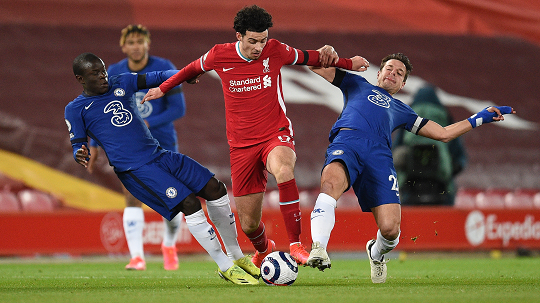 For only the second time, the FA Cup final will be a repeat of the Carabao Cup edition.

While not a particularly exciting idea on paper, the manner in which Chelsea and Liverpool last battled at Wembley’s thrilling February final does whet the appetite.

Rarely has a 0-0 proven so exciting and, even in a Premier League context, there has been so little to split the two teams all season.

Both meetings in that competition have ended 2-2 even despite Liverpool’s healthy lead over Chelsea in the table.

Although Jurgen Klopp’s attempts to catch Manchester City have taken a blow in recent days, the German could still win all three cup competitions this season and the fact he’s already conquered Chelsea in a knockout contest cannot be ignored.

Still, Thomas Tuchel’s side are masters of this kind of football. Under his watch, Chelsea have reached the final of every competition and it’s worth remembering they beat City in the Champions League showpiece despite some patchy league form.

Here’s everything you need to know...

Wembley Stadium in London will host.

Both teams may well have lost crucial midfielders in the build-up to the final.

Tuchel has admitted Mateo Kovacic needs a “miracle” to be fit following his ankle injury away at Leeds on Wednesday night, while N’Golo Kante is facing a race against time to make it himself.

That leaves only Jorginho in terms of Tuchel’s first-choice midfield three with Ruben Loftus-Cheek and Saul Niguez remaining as senior options.

Liverpool, meanwhile, saw Fabinho limp off during Tuesday’s win over Aston Villa and Klopp has since ruled the Brazilian out of action. Klopp did confirm that he will be fit for the Champions League final, however.

Andy Robertson was rested for that game and Mohamed Salah was brought off the bench. Both are all but certain to start.