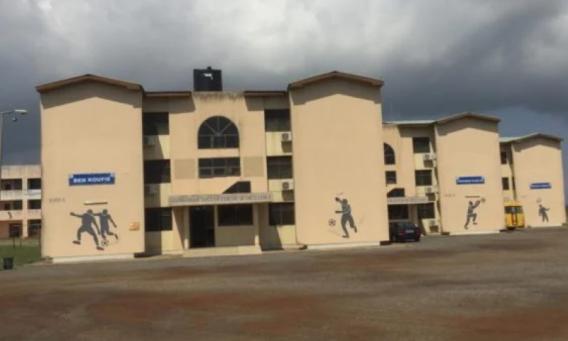 The Ghana Football Association has offered the Ghanaman Soccer Centre of Excellence in Prampram to the Government of Ghana to use as an isolation centre in the fight against the Covid-19 pandemic.

The Centre of Excellence, which was built in 2003 to accommodate national football teams, has space to house more than 1000 people. This, in the wisdom of the Executive Council, is the GFAâ€™s contribution to the fight against Covid-19.

â€œThrough our Medical Committee, we have gotten in touch with the authorities to make them aware that our facility at Prampram is available for use,â€ said General Secretary, Prosper Harrison Addo.

â€œThe Centre of Excellence is spacious and we think, the facility can be of great help to government in this challenging time.â€

The GFA has been running campaigns across platforms to create awareness since the first Covid-19 case was reported in Ghana. The GFA has also suspended all football competitions as a precautionary measure.

When approved, the Centre could serve patients from Greater Accra, Eastern and Volta regions, taking into consideration its strategic location.

TheÂ GFA this week met with the Sports Ministry on the effects of the coronavirus outbreak in the country. According to Randy, talks between the two parties went well.

Speaking in a radio interview, theÂ Kpando Heart of Lions owner said football plays a key role in the economic situation of the country as over 4000 people are being employed through football and is calling on government aid them financially in this trying moments.

'I must say that we have held series of discussions with the involvement of the President (Akufo-Addo) and it was fruitful," he Asempa FM

''Before the approach, we made aware the Sports Ministry is already planning to do something to help the clubs but as at now, we donâ€™t know the final decision.

''Government is helping the needy and the vulnerable in society but come to think of this, why has football been excluded?

''Over 4,000 people are being employed through football. The managers and technical team members are not included. So with the situation, we find ourselves, government has no choice than to come to our aid.

''When budget is being read, you hear amount that is being quoted to help sports and football development. The same as when political parties are drafting their manifestos, you hear how much they pledge for the sports fraternity.

''We are imploring government to come to the aid of Ghana football. We don't want to quote any figures for now.

''The Ghana FA president, Kurt Okraku, has been in touch with government so we are waiting for the response of government.''