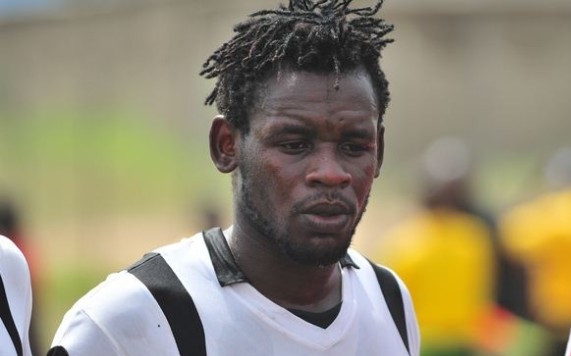 FIFA have given their final verdict on the ongoing Asante Kotoko legal tussle with Esperance over the transfer of Emmanuel Clottey.

Asante Kotoko have been ordered to make full payment of $180,000 fee to the Tunisian giants regarding Emmanuel Clotteyâ€™s transfer.

The Porcupine Warriors have been told to fork out $45,000 as interest to the Blood and Gold outfit, and also an additional $15,000 to the committee that sat on the case.

The Kumasi-based giants have been instructed to pay in full the amount within a month.

It would be recalled that Asante Kotoko in 2015 announced the signing of Emmanuel Clottey, yet the player still had a contractual obligation with the Tunisian giants.

According to a grapevine source, Manhyia Palace has ordered Asante Kotoko management board to pay the aforementioned money from the club coffers.

Clottey, a former Great Olympics and Berekum Chelsea striker, signed for Asante Kotoko in 2015 but would soon have his status challenged at the world football governing body, FIFA, by Esperance, who claimed to have a running contract with the player at the time he signed for the Porcupines.

FIFA slapped a $180,000 fine on Emmanuel Clottey for a breach of contract, but it has since remained a legal tussle between Esperance and Asante Kotoko, because Emmanuel Clottey prayed to an Accra High Court in 2019 to compel the Porcupine Warriors to settle the fine imposed on him by FIFA.