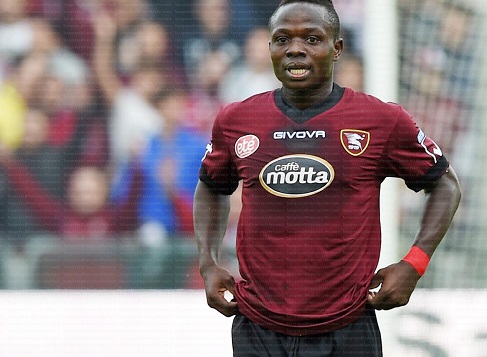 Former Ghana U-20 star Moses Odjer has extended his contract with Italian Serie B club Salernitana till 2021.

The 22-year-old was linked with a move to Turkish side Fernabahce but that move is now off as he has committed to Salernitana.

Reports further indicate that he may be loaned out as he looks to recover and gain full fitness.

Odjer has had a torrid time this season as series of injuries have limited him to only six appearances in the first half of the season.

Odjer, despite his young age, can boast an important experience: in the last four seasons has made 82 appearances for the Serie B outfit.

The midfielder is noted for his hard tackles and strong displays in game.

He joined Italian side Catania from Ghanaian outfit Tema-Youth after a stellar performance at the 2013 FIFA U20 World Cup in Turkey.