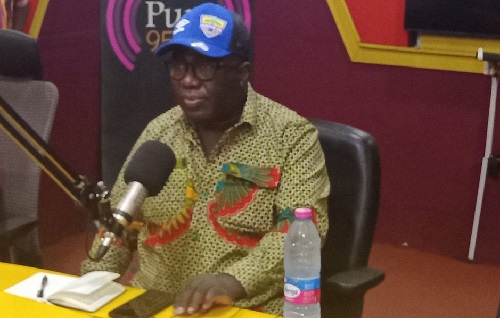 Chief Executive officer Frederick Moore was unable to guarantee whether Hearts of Oak will clinch any signings before the transfer window slams shut next month.

The 2020/21 Ghana football transfer window has been opened since August 15 however, the Accra based club are yet to recruit a player into their fold despite parting ways with 5 players early this month namely Joseph Esso, Benjamin Agyare, Christopher Bonney, Bernard Arthur and Abubakar Traore.

The window is open until October 31 which gives Hearts of Oak ample time to do business if they so wish but the CEO has hinted that it is unlikely they would sign anyone.

"You know at this moment in time there are no targets that we have got, we normally do a target list but there is no target list that we are looking at now however if a quality player becomes available we would be interested to look at that person," Frederick Moore told Pure FM.

Meanwhile, Frederick Moore who recently paid a working visit Hearts of Oak's Pobiman Academy Project to inspect the progress of work has praised the Board chairman of the club Togbe Afede XIV.

"If there is any credit over the Pobiman project, it should be directed to the Board Chairman of Hearts Of Oak."

"I work according to the directions of the Board Chairman and the Board."

"We want to win trophies in Ghana and then conquer Africa. That is our goal," he concluded.