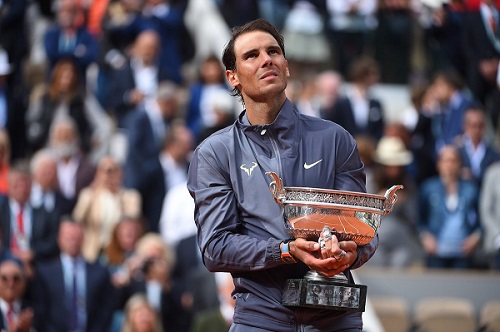 The Spaniard won for the third straight year at Roland Garros with a 6-3 5-7 6-1 6-1 victory in a high-quality final.

The 33-year-old is the first player to win 12 singles titles at the same Grand Slam and has now won 18 majors overall.

"I can't explain what I've achieved and how I feel. It's a dream," said Nadal.

That leaves the left-hander two adrift of Switzerland's Roger Federer, who he beat in the semi-finals, and three clear of Serbian world number one Novak Djokovic, whose bid to hold all four majors was ended by Thiem.

The second seed slid to the red dirt in triumph when he clinched victory on the second match point, lying behind the baseline with his arms outstretched as he contemplated the magnitude of his achievement. 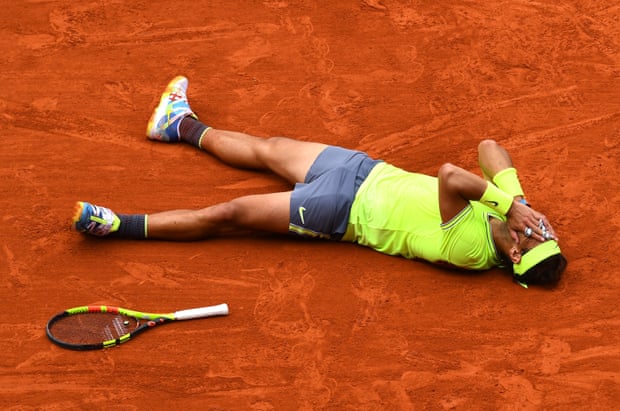 With clay plastered over his back, he clambered to his feet and took the acclaim of an enthralled Roland Garros crowd which has become accustomed to seeing him triumph.