German Bundesliga suspended until April 2 due to coronavirus pandemic 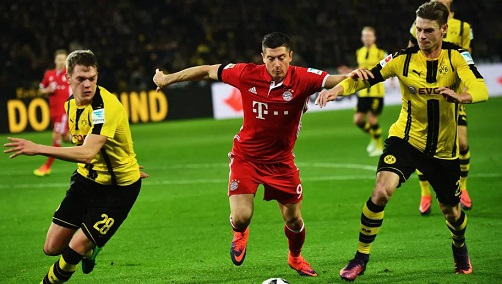 The German Football League confirmed games in the top two divisions have been cancelled from this weekend and will recommend a continued suspension until April 2.

Originally it had been planned for all matches in both the Bundesliga and the German second division to be postponed from March 17, with games this weekend played behind closed doors.

Hannover's fixture against Dresden had, though, been cancelled after two Hannover players tested positive for coronavirus.Â

The DFL said in a statement on Friday there had been 'suspicions of an infection with the coronavirus in the vicinity of several clubs and their teams and that further infections cannot be ruled out.'

The governing body's statement added: 'The goal is still to end the season by the summer - from a sporting point of view, but especially because an early end of the season could have existential consequences for some clubs.'

Bayern Munich midfielder Thiago Alcantara had earlier urged the German football bosses to stop 'fooling around' as he criticised the original decision to holdÂ BundesligaÂ matches as normal this weekend.

'This is crazy. Please stop fooling around and land on reality,' he said. 'Let's be honest, there are much more important priorities than any sport.'Â

Matches in France, England, Italy and Spain have been suspended with immediate effect, making Germany the last of the 'big five' to do so.Â