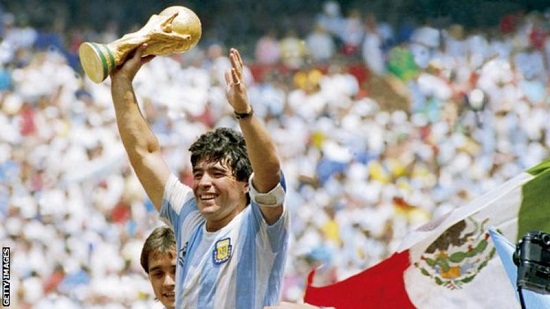 Tribute from across the globe have been pouring in since the death of Diego Maradona.

Three days of national mourning have begun in Argentina after Maradona died on Wednesday at the age of 60.

His body will lie in state at the Casa Rosada, the seat of the Argentina government, during that time.

Maradona, who played for clubs including Barcelona and Napoli, was captain when Argentina won the 1986 World Cup, scoring the famous 'Hand of God' goal against England in the quarter-finals.

Tests at the La Plata clinic revealed a blood clot on the brain, which doctors later revealed was operated on successfully.

Maradona was subsequently released from hospital as an outpatient to continue his convalescence, which he carried out in his dwelling in a private neighbourhood near Tigre, northern Buenos Aires.

But on Wednesday morning he suffered cardiac arrest, and paramedics at the scene failed to revive him.

Rest In Peace. 💔💔💔. Thank you soo much for what you have done in the soccer world 💔💔🙏 pic.twitter.com/YqnfQFt14i

Rest in peace Diego Maradona, a legend and big part of our game's history
💔🙏 pic.twitter.com/xvbBXR9K3S

Farewell, Diego. A legend of our game. pic.twitter.com/iIXGLEf7B1

We have lost a legend indeed in our game( Football).#We will missed you Diego 😭😭😭❤🖤

# Rest well legend. #stay safe from COVID-19. #Together we will win ❤💚🤍 pic.twitter.com/v6smHBWfpV

🙏🇦🇷 The farewell message from #Messi to Maradona pic.twitter.com/LlCrjVj6er

You were always a genius. Today is a very sad day and a great loss.
But you my friend are eternal.
Ciao Diego.
Rest In Peace pic.twitter.com/jeNxXzM6s9 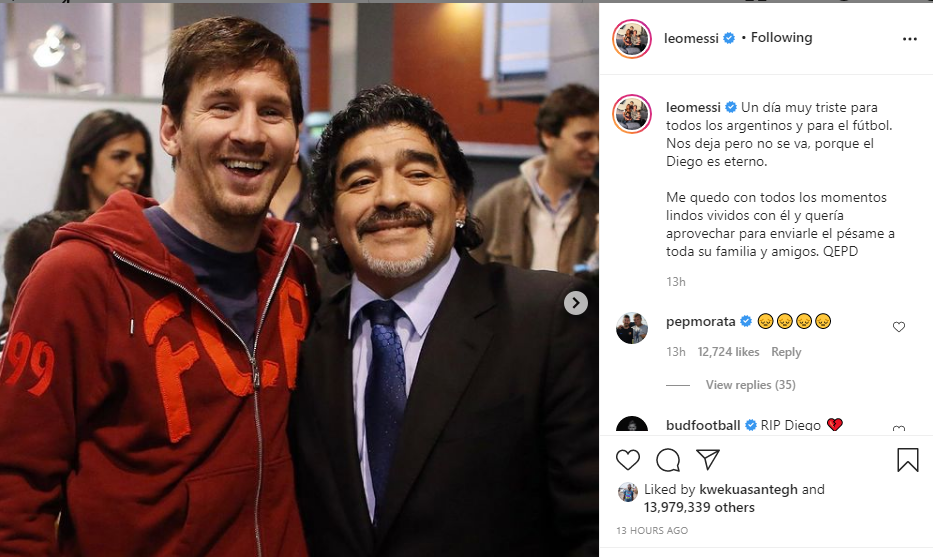