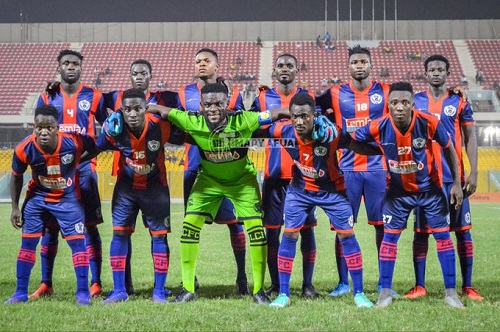 The Ghana Football Association (GFA)Â have confirmed a new date for the Ghana Premier League matchday 11 fixture between King Faisal and Legon Cities after the closure of the Baba Yara Sports Stadium.

King Faisal were to host the Royals on Wednesday at the Baba Yara Sports Stadium in the Ghana Premier League midweek fixture but due to the closure of the stadium, the match has been rescheduled to Thursday.

The National Sports Authority (NSA) on Monday issued a statement that the Baba Yara Sports Stadium which also serves as King Faisal's home venue has been closed down for renovation works.

According to the NSA, the closure is to enable the NSA and Ministry of Youth and Sports to have ample and uninterrupted time to fix critical places of the stadium before the celebration of Ghana's 63rd Independence Anniversary Celebration.

It said the public is therefore advised to make alternative arrangements for their programmes adding that, they would be duly notified when the stadium can host football and athletics again.

In view of this, the GFA has been swift to announce new details about the match.

â€œThe Ghana Football Association Competition Department wishes to inform you that due to the closure of the Baba Yara Sports Stadium, the above-mentioned fixture would be played at the Len Clay Stadium on Thursday 20thÂ February 2020 at 3 pmâ€. 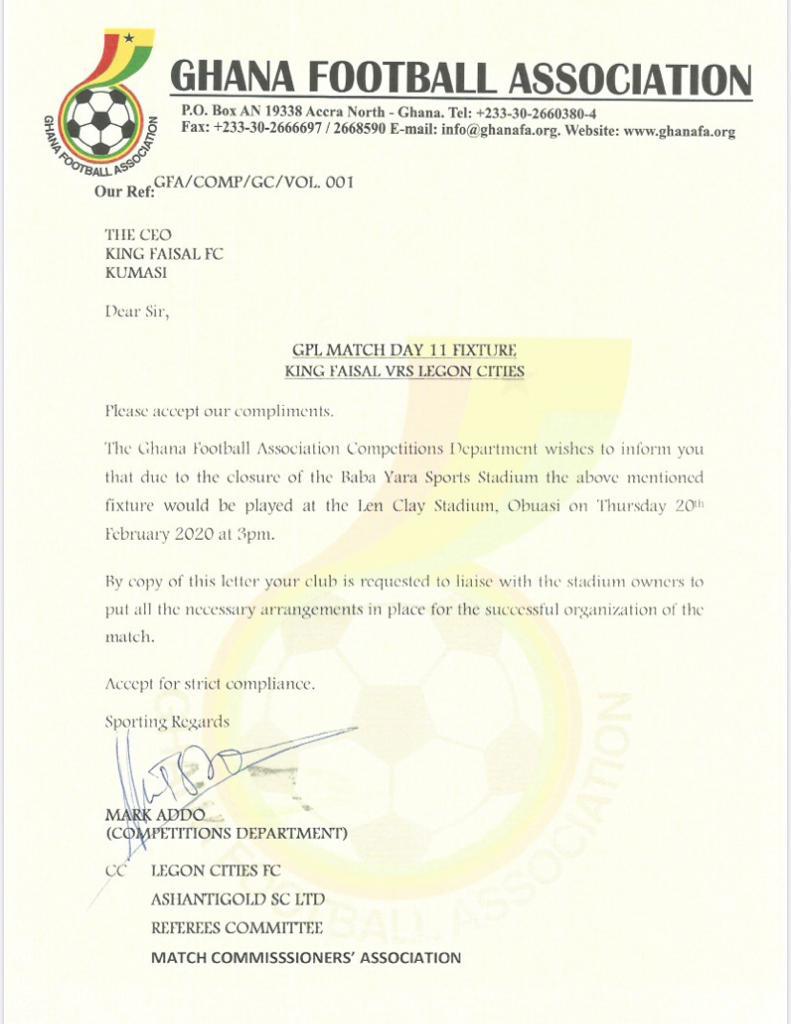