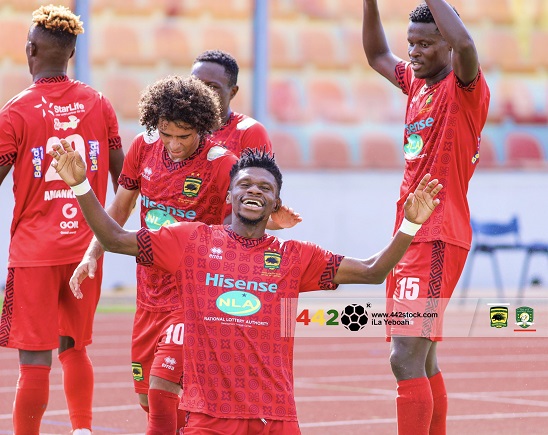 Asante Kotoko were made to pay for their profligacy in front of goal after Bright Adjei scored late on to deny the Porcupine Warriors victory against Aduana Stars at the Baba Yara Stadium on Sunday.

Frank Etouga had put the Porcupine Warriors ahead in the 39th minute with a wonderful finish from the edge of penalty area after being set up by Cameroonian compatriot George Mfegue.

Etouga then had two chances to add to his 19 goals this season from the penalty spot, but the 22 year old’s efforts were both saved by Aduana goalkeeper Joseph Addo.

Bright Adjei then delivered the sucker punch in 90+1 to snatch a point for the Ogya Boys.

Despite the draw, Kotoko remain 9 points clear at the top of the table with 6 games to the end of the season.

Elsewhere in the Ghana Premier League, Bibiani Gold Stars piled more misery on King Faisal with a 2-1 win at home. Faisal have now failed to win each of their last 10 league games, dropping to the relegation zone for the first time this term.

Dreams and Real Tamale United ended 2-2 in Dawu, and the same scoreline was registered in the game between Elmina Sharks and WAFA in Elmina.

Eleven Wonders left it late to beat Karela United 2-1 and Medeama recorded a 2-0 win over Ashantigold.

On Saturday, Bechem United and Hearts of Oak played out a 1-1 draw while Great Olympics secured a 2-0 win over Berekum Chelsea on Friday night. 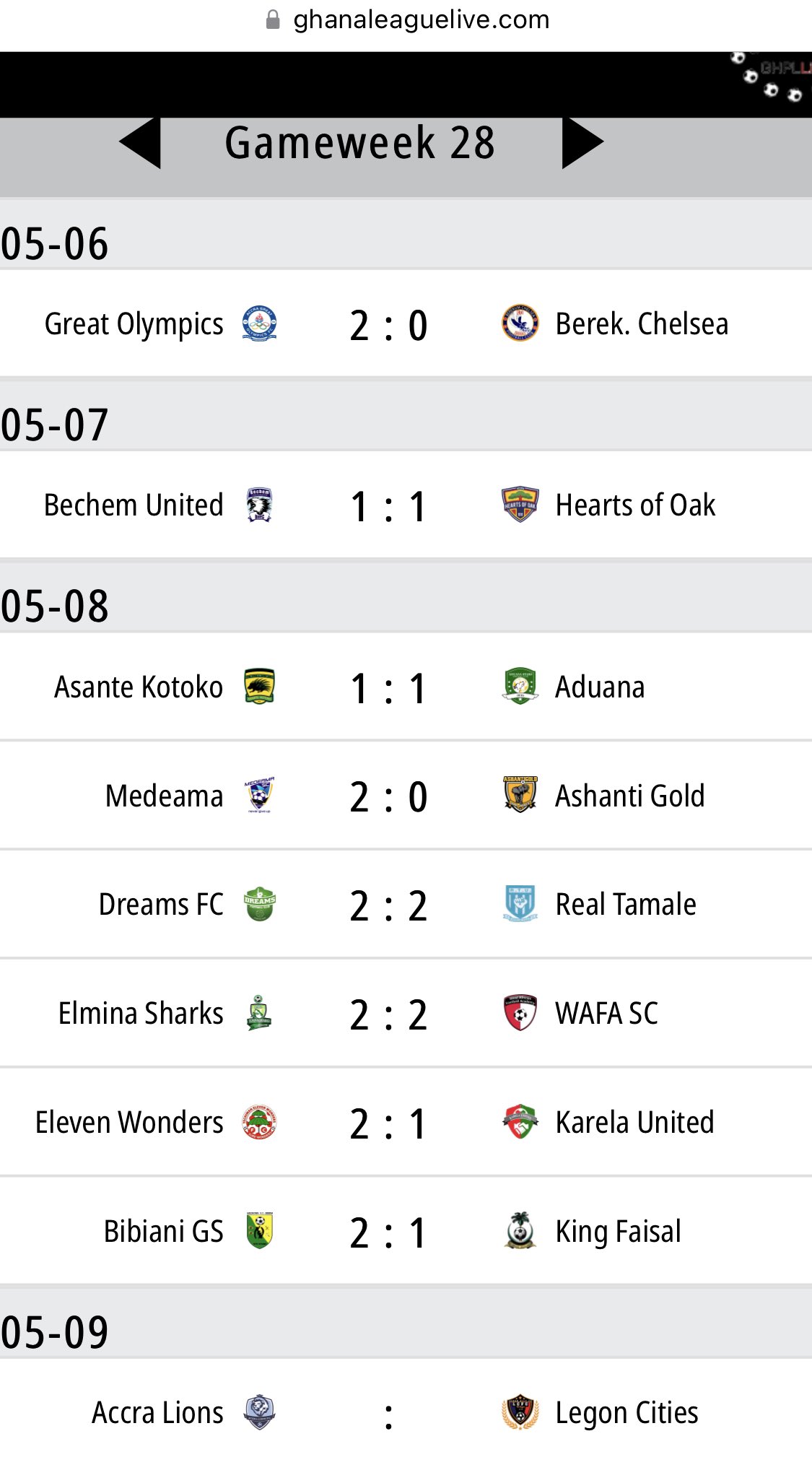 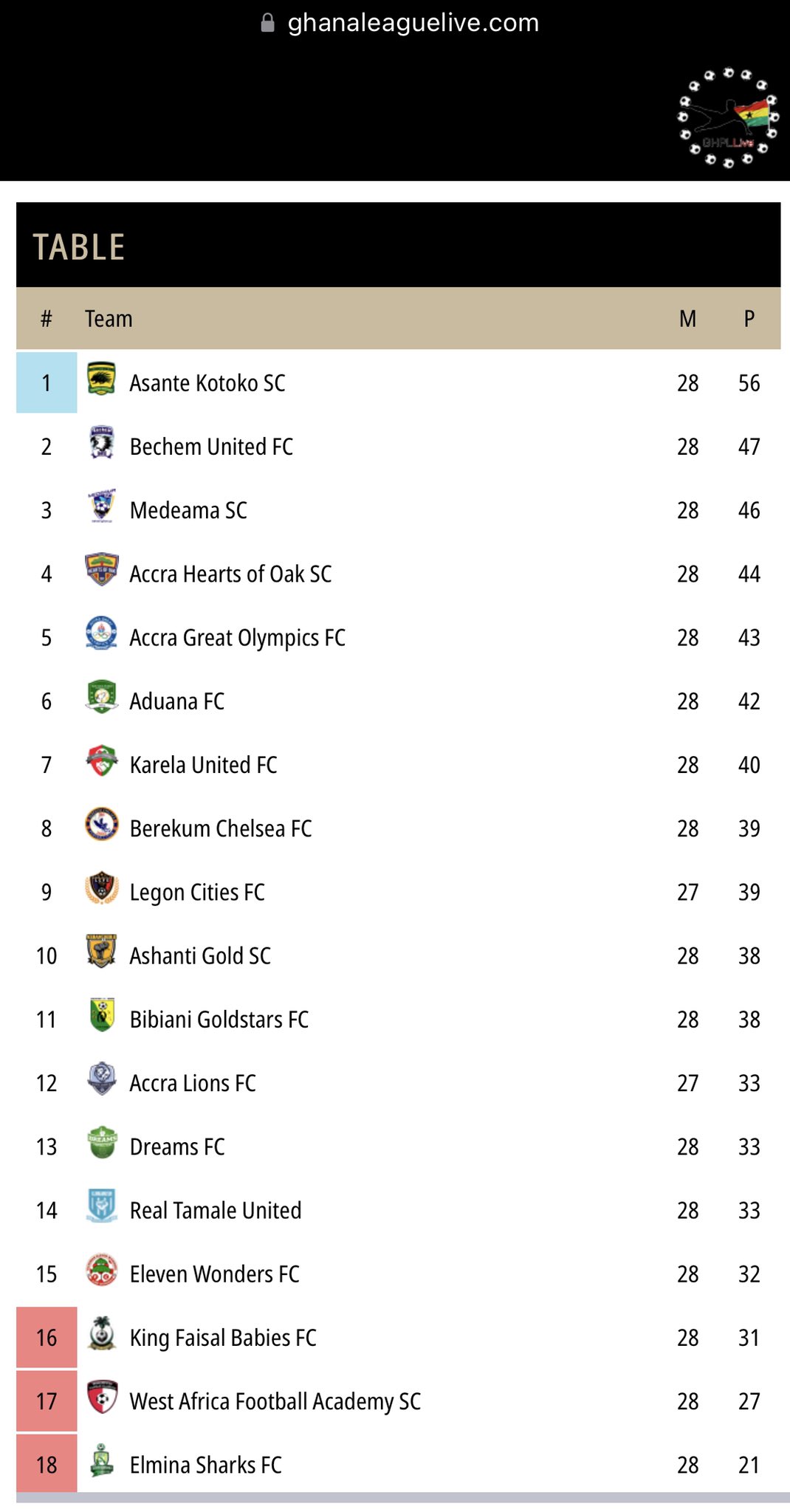