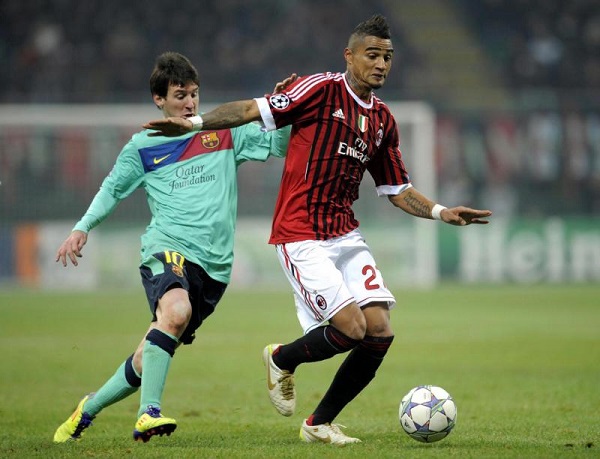 Barcelona are close to completing the loan signing of Sassuolo forward Kevin-Prince Boateng, according to transfer guru Gianluca Di Marzio.

The 31-year-old joined the Italian side from Eintracht Frankfurt this summer and has scored five goals in 15 appearances for the club.

Barca are in need of attacking reinforcements following Munir El Haddadi’s departure to Sevilla earlier this month and have been linked to a number of strikers including Alvaro Morata, Fernando Llorente and Carlos Vela.

However, the latest report suggests it will be the Ghanaian international who they will turn to in order to bolster their forward options.

Details of Barcelona’s deal for Boateng

According to Di Marzio, Boateng could move to the Camp Nou on loan until the end of the season.

Barcelona are thought to have an €8m option to buy Boateng at the end of the loan deal.

Di Marzio noted that Barcelona believe Boateng is the “right man”. But why?

The Catalans are dealing with a bit of a selection problem right now.

French attacker Ousmane Dembele is out for several weeks, while Brazilian Malcom has been linked with a move away from the club.

But does that really explain the possible transfer?

For the record, Barcelona are the favorites to win the La Liga title this season.

The Catalans are five points clear of Atletico Madrid.

Barcelona have been drawn against Lyon in the knockout phase of the Champions League.

For the record, Boateng would be available to play in Europe if his deal to Barca goes through.