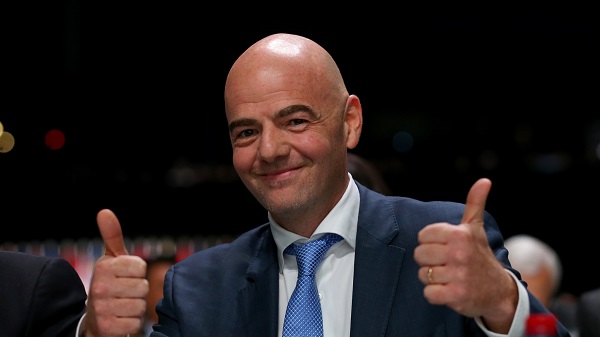 Gianni Infantino has been re-elected as FIFA president through 2023.

FIFA's 211 member federation acclaimed him without a vote because he was the only candidate. Infantino, a 49-year-old Swiss lawyer, was first elected in February 2016 to complete the term of Sepp Blatter.

It will take Infantino up to seven years in office - 10 shy of what Sepp Blatter managed.

He was first elected in 2016 in the wake of Blatter’s downfall amid the biggest scandal in FIFA’s history.

His plans for a new 48-team World Cup were recently scrapped after talks with his advisory board.

The FIFA Congress had been due to vote on the proposals when it meets in Paris on Wednesday.