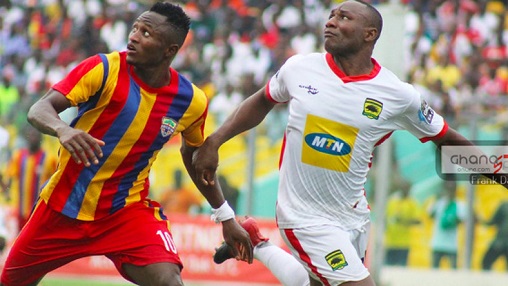 Chief Executive Officer ofÂ Asante Kotoko, George Amoako has implored Hearts of Oak and that of his outfit to promote a Good image of Ghana football when the two clubs lock horns in the London clash.

Speaking at the launch of the clash, the executive council member of the Ghana Football Association indicated that the match offers the two clubs to show the outside world what Ghana football is about.

"This is an opportunity for both Hearts and Kotoko to showcase our game."

"We will play the football alright for 90 minutes on the green turf but the commemoration, friendliness and brotherliness will have to show, we should be able to exhibit our maturity to our fellow citizens who are residents abroad."

It has been confirmed that an English referee will be giving the task to officiate the contestÂ and George Amoako has forewarned the players of both two teams to do way with 'reckless tackles.'

â€œThe kind of tackles you do in this country, don't send it to London because if you repeat those tackles there, it is a straight red cardâ€, the executive council members of the Ghana Football Association (GFA) said.

According to the organisers, Ghana Television will telecast live theÂ Super Clash at the Barnet Stadium in London.