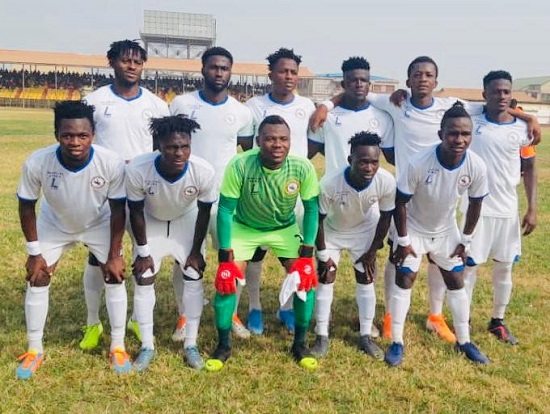 Berekum Chelsea perfect start to the season continued on Saturday after they shocked AshantiGold in Obuasi on matchday 5 of the 2019/20 Ghana Premier League.

After a cagey opening 45 minutes, Chelsea stunned the Miners by a lone goal at the Obuasi Len Clay Stadium.

The teams two headed into the match with a perfect defensive record this season. But AshantiGold for the first time conceded when Kofi Owusu scored in the 52nd minute following an error by goalkeeper Frank Boateng.

Kofi Owusu's second-half strike propelled Chelsea to their fourth win of the 2019/20 which also handed the AshantiGold their first defeat.

The result means Chelsea have beaten Hearts of Oak, Kotoko and AshantiGold at their own backyard all by a lone goal.

The win have moved Coach Joseph Asare Bediako's side to the top of the standings with 13 points.