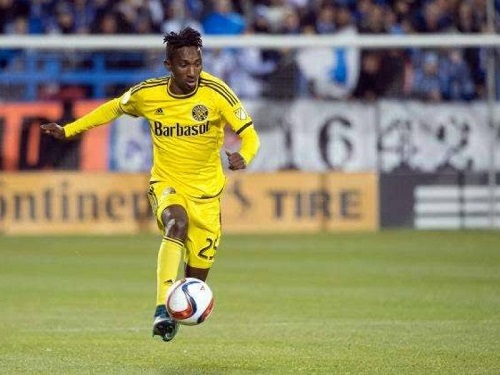 “We are glad to have reached an agreement with Harrison which allows him to remain with Crew SC,” said Crew SC president and GM Tim Bezbatchenko in a statement.

“Harrison has emerged as one of the Crew’s veteran voices since joining the club and his contributions as a leader are vital to the success of our team. I also want to thank our technical director Pat Onstad for his efforts to get this over the line.”

The former Asante Kotoko defender after penning his new deal said: “So me coming here was a great opportunity for me and I believe me coming here, I did the right thing.

“When I came here I saw a different picture. The people of Columbus accepted me. The fans, like when I step on the pitch and I see the fans going crazy that makes me want to give everything. I put the fans on my heart and make sure I go very hard”, the Black Stars defender said as quoted on Columbus Crew’s website.

The 33-year-old has made 117 appearances, scoring five goals and 14 assists for Columbus since joining the club during the 2015 season.

Harrison Afful has been handed a call-up to the Black Stars following his return from injury which saw him AFCON 2019.

He is expected to aid Ghana to see off South Africa and Sao Tome and Principe in the doubleheader slated for November 14 and 18 respectively.

READ ALSO: I'm the best goalkeeper in the squad - Abalora after earning Black Stars call up