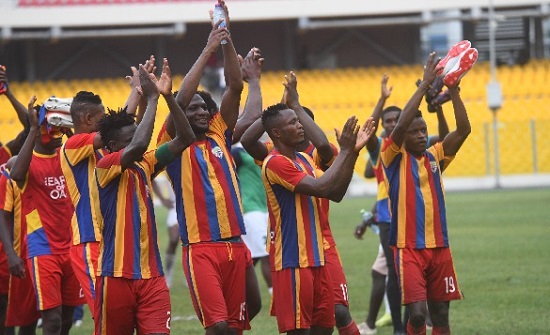 Accra Hearts of Oak have officially broken camp on Wednesday 19th June 2019 after their elimination in the Normalisation Committee tier one league.

The Phobians on Sunday, June 16, 2019 were defeated by their arch rivals Asante Kotoko 5-4 on penalties after a 1-1 draw in regulation time.

The defeat means the Phobians are not in any competition after their elimination in both the tier one and two competitions organized by the Normalization Committee.

Due to this, coach Kim Grant released the players to go and have some time with their families and friends.