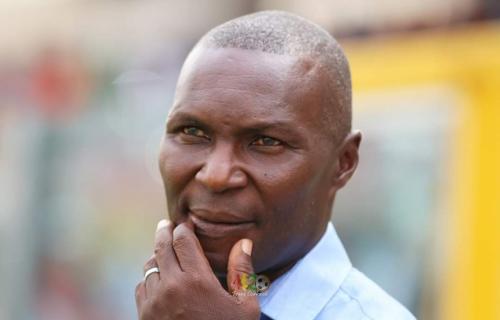 The former Medeama coach was handed coaching duties after Kim Grant was sacked in December 2019. He played 13 matches with Hearts of Oak in the truncated 2019/20 Ghana Premier League campaign.

The experienced gaffer came under pressure due to the inconsistent performance in the voided league.

But, Bortey believes the former Real Sportive tactician who has nurtured numerous talents on the local scene can perform better if backed.

"I can tell you on authority that Coach Odoom made me who I am today. He is the brain behind other great players like Mathew Amoah former Black Stars striker and former Hearts star Joe Fameyeh," Bortey told GNA Sports.

"He has nurtured many players but it's unfortunate a lot of people do not know about his unique quality. When given the chance at Hearts I have no doubt that he will make a great impact." Bortey added.

He also added that the rate at which coaches are employed and sacked in Hearts was alarming adding that there was the need to ensure stability in the technical team.

"The club has sacked soo many coaches in recent times and it's one of the reasons the club is not doing well on the local scene.

"If we want to regain our glory by winning the league we need to keep the present technical team because they have what it takes to drive us up there," he added.