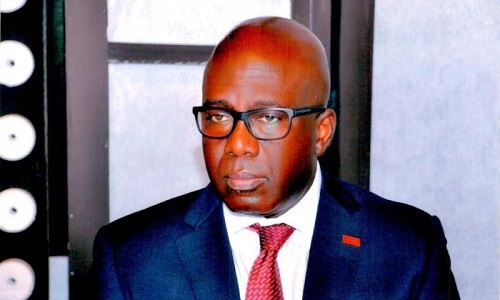 Ex-Hearts of Oak supporters chief Barima Atuahene says his outfit made a mistake in choosing CEO Frederick Moore ahead of board member Frank Nelson to compete for the GFA Executive Council.

According to Atuahene, the 1911 club made a blatant mistake in their decision of which the club suffered as a result on Thursday elections.

He believes Frank Nelson who is the second-biggest shareholder of the club should have been allowed to vie for the ExCo slot ahead of Moore.

In the first place, the choice of Frederick Moore over Frank Nelson Nwakolo for the executive council was wrong, Frederick Moore is new in football and not many delegates know him" he told Angel FM.

His comments follow that Moore's defeat in the 2019 GFA Elections.

The Phobians who have had great personalities (Dr Nyaho-Nyaho Tamakloe, Randy Abbey, Fred Creenstil among others) to have contributed to the growth of Ghana football will for the next four years have no representative on the governing council of Ghana football.

This Barima Atuahene levelled at the doorstep of the current administration for neglecting the old of the club in the day-to-day running of the club.

"This is first-time Hearts of Oak will not get any representative to serve on Ghana football Association governance level.

Of the 7 candidates that competed for the 5 available slots for the ExCo representatives of Premier League Clubs.

Hearts of Oak CEO Frederick Moore and Aduana Stars Albert Commey did not pull enough votes to earn a place onto the ExCo.