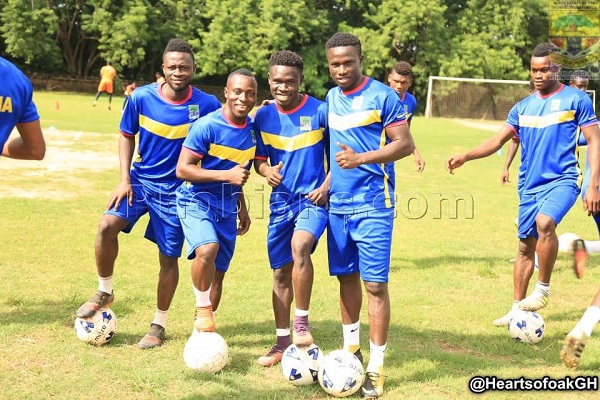 Hearts of Oak were due to play their first friendly game since appointing their former U20 coach Seth Hoffman as the interim head coach of the senior team.

The Phobians have been training under the former Auroras head coach, Hoffmann, for the past two weeks and hoped to put to practice the drills they have studied and mastered.

All official internal football activities have been halted due to the current football crisis.

The Phobians were on a poor run in the Ghana Premier League before it was halted and currently lie 12th.

All Blacks who are a Division one side were to host Hearts in front of their home fans on Monday, July second at 3: pm but the game has now been called off.

We offer our apologies for any inconvenience caused... #AHOSC pic.twitter.com/ZSbLp8cBL6