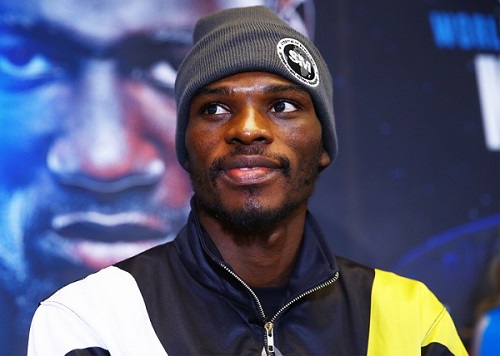 The former IBF champion will be mounting the ring for the first time since losing the title to Teofimo Lopez in December 2019.

The Ghanaian hard-hitting fighter is expected to use the Martinez fight as a tune-up towards his quest to become a two-time world champion by close of 2021.

The fight is expected to be a 10-round lightweight co-feature on the Joe Smith-Maxim Vlasov light heavyweight contest for the vacant WBO world title.

Speaking to Boxingscene.com, Commey has been in New York training feverishly for his upcoming bout with the 30-year-old Marinez who was undefeated in 19 fights until a controversial defeat to Rolando Romero in his last bout last August, says all talks about world titles have been relegated to the background.

“Once this fight is out of the way and I am victorious then we can speak about world titles,” Commey said. “I am not underestimating Marinez one bit; he has my full attention.

Touching on Marinez's last fight, the 33-year-old Ghanaian boxer believes Marinez should have carried the night against Romero but refused to brand the verdict of the judges as robbery.

“I don’t think it was a robbery as that is a strong word. “I believe Romero got the [house] decision just like Robert Easter Jr. did in our world lightweight title fight back in 2016,” he added.

Marinez is bent on making a statement against Commey having lost his previous fight to Rolando Romero in a unanimous but controversial decision on August 15, 2020.

The Dominican has a single defeat in 20 professional fights with seven knockout victories but will be fighting a world champion for the first time in his career.

He is expected to give Commey a good account of himself against the wounded Ghanaian who needs a win badly to restart his quest for world glory.