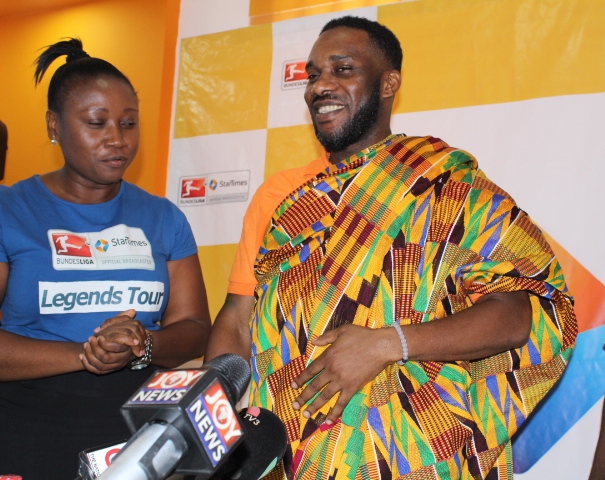 Former Nigerian football star Jay-Jay Okocha said he has no regrets in his career despite not winning the African Footballer of the Year after an illustrious career.

The Olympic Gold medalist and African Cup winner has been described by many as the most talented footballer that ever graced the sport in Africa but unfortunately, has never won the African Player of the Year award especially in the 1990’s when he was at the peak of his career.

Speaking to the media in Accra, he said “I have no regrets with regards to my career even if I did not win the African Player of the Year accolade", adding that, “perhaps I was at the wrong place at the right time or something but it is not something I regret.”

He stressed that he gave the game his all and actually achieved beyond his dreams which he is very excited about.

He added that Africa needs to compete well in international competitions in order for a World Best Player to emerge from the continent after George Weah.

“So far the best an African team has achieved in the World Cup is get to the quarter-finals and that is not enough for us to win the best player on the continent,” he stated.

According to him, African players must be promoted as the Europeans would do well to promote their players, inspire and get them to achieve the best they could in their career.

He advised that people’s perception of the game must also change and consider it as a very important career which must be giving the necessary support and recognition in Africa.

Okocha arrived in Ghana on Sunday courtesy broadcaster, StarTimes and has since been engaged in activities to promote the Bundesliga in Ghana.