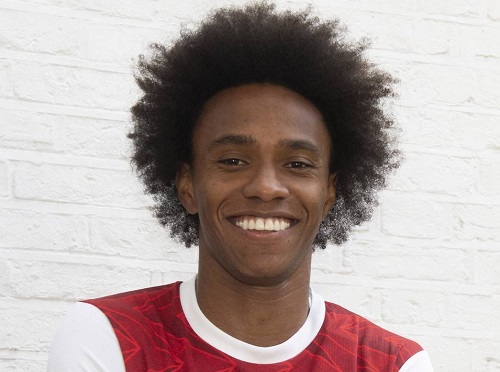 Newly-signed Arsenal player Willian insists he will not be satisfied until he wins a trophy and makes his club shine again.

Free-agent Willian on Friday completed a move to Arsenal on a three-year ahead of the 2020/21 season. The former Chelsea star who will wear at number 12 shirt at his new club is expected to bring wealth of experience ahead of the new campaign.

The Brazilian has revealed his excitement after joining Mikel Arteta's side. According to him, he can't wait to get on the pitch with his new teammates adding that he wants to aid the club to win silverware again.

Speaking in his maiden interview he said that Arteta a key role in his decision to sign for the London club.

"I'm very excited to become an Arsenal player - I can't wait to start training and playing with my team-mates," Willian told Arsenal Digital.

"I decided [to join] because Arsenal is one of the biggest clubs in the world. They have a new project with Mikel Arteta.

"I come to try to win trophies, because this club deserves to win again, and I think you have to do the best as possible to win every game. I always train hard and go on the pitch giving 100 per cent to help this team to win games and to win titles as well.

The Brazil international joined the club from Chelsea as the Gunners first signing of the summer, and said our head coach played a key role in his decision.

“I believe he’s a player that can really make a difference for us,” Mikel Arteta said. “We have been monitoring him for the past few months, we had a clear intention to strengthen in the attacking midfielder and the winger positions [and] he is a player that gives us a lot of versatility, he can play in three or four different positions. He has the experience of everything in the football world but to still have the ambition to come here and contribute to bring the club where it belongs. I have been really impressed with all the talks I have had with him and how much he wanted to come.”