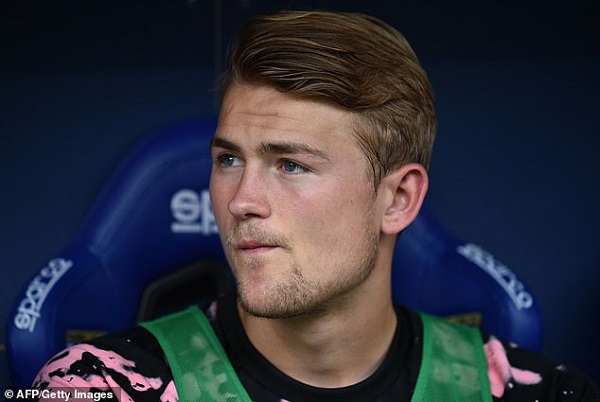 Juventus defender and summer signing Matthijs de Ligt has revealed that he did not expect to be on the bench in Juve's Serie A opener against Parma.

Juve did pick up a 1-0 win over Parma as Giorgio Chiellini scored the only goal of the game, but De Ligt found himself on the bench.

In an interview that the Dutchman gave to Dutch outlet AD, he talked about the game and he said: "As you can imagine, obviously I would have preferred to play today. I didn't have the chance to understand anything during training regarding my position or not, it was unexpected, but obviously, I respected the decision of the coach."

"I must also be realistic. I am still in the process of being assimilated, here in Italy. And the couple that played today, Bonucci and Chiellini, has long been considered the strongest central defense pair in the world. It is not at all obvious then playing debut, I will have to conquer my place by myself this season."

On how the time has been so far in Turin, the defender said: "I enjoyed the first five weeks here in Turin. Physically it is very hard, but I notice that I am getting stronger. Defensively, things are not expected of me that are so different from those I was used to in Ajax. I have to take it for everyday things, like the language. I know important football terms, but I want to improve my Italian considerably. I have a course for five days a week, so I would say that things are going well."