I signed a contract with GFA not Sports Ministry - Kwasi Appiah 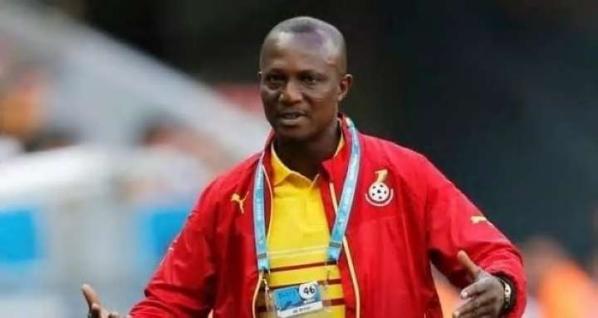 Kwasi Appiah has hit back at the GFA over his unpaid salaries stating that he signed a contract with the country’s football governing body and not the Sports Ministry.

There is an ongoing tussle between the GFA and former Ghana coach with regards to his unpaid salaries after leaving the senior national team job months ago.

Appiah this week revealed that he is still owed 5 months of his salaries and all attempts to retrieve the money has proved futile and has instructed his lawyers to deal with the GFA.

The GFA however, maintained that the Ministry of Youth and Sports is responsible for paying Black Stars coaches, and not them.

GFA Head of Communications, Henry Twum, told BBC Sport Africa that he believed Appiah was aware of these rules.

“The GFA does not pay the coach – it’s the state that pays the coach,” he said.

“The GFA is the employer of the head coach of the national team but his salary is paid by the state. He wrote to the GFA and we forwarded his letter to the ministry.

“It is the ministry that must pay him, not the GFA.

But Appiah remains adamant that his contract was with the GFA and not the Government.

“The issue people don’t understand is [that] I did not sign any contract with the Ministry [of Sports],” he told Asempa FM.

“I signed with the GFA so if I’ve got an issue, it is the FA that I have to deal with. And from where I stand, I know the Ministry is just supporting or assisting the FA. And it’s the FA’s responsibility to make sure I’m paid.

“If I take the Ministry to court or Fifa, they would ask for a copy of my contract and it is the FA President and [General] Secretary who signed it. It got nothing to do with the Ministry.

“I don’t understand why people are saying I receive my salary from Ministry so I should go and tackle them, no.”

Kwasi Appiah, 59, was hired by the country’s football governing body for a second time in May 2017 and stayed on till his contract expired in December 2020.