“I would be a world champion again” – Agbeko 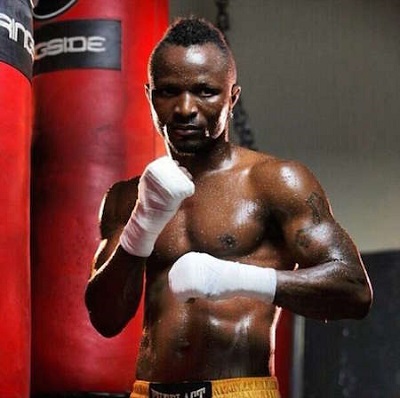 “I would be a world champion again” – Agbeko

Agbeko, currently ranked number two in the WBO Africa Bantamweight rankings, in an interview with the GNA Sports said, he was confident that victory in the bout would improve his rank and propel to him to bid for a world title by the end of the year.

“Winning this fight would put me at the number one spot, which would give me a shot at the world championship.

“I would be fighting a young boxer, so I would have to be smart. He is capable of causing havoc but I know how to handle him. It would not be easy, but know I would win either by knockout or by points.

The 39-year old boxer said, he was aware of his opponent’s energy level, because of his youthful nature and therefore had prepared well to outwit him.

“What I know is that he is 23 years. With such age obviously, he has a lot of energy, a lot of aggression and all that, but I have prepared well for anything he brings.”

Agbeko, however, described the call for him to retire as unfortunate.

He said, he was still active and had the ability to carry on, as he takes inspiration from Africa’s finest boxer Azumah Nelson.

He called on the media and Ghanaians to support athletes who have the experience in the sports rather than forcing retirement on them.

“I don’t know why Ghanaians keep retiring our athletes. These comments can kill your spirit.

“Age wise I’m at just above the middle stage or the last quarter of boxing. People should go and check how old Azumah Nelson was before retiring. Even Mohammed Ali (the greatest). Pacquaio is still active and fighting, so what’s the big deal.

“There are a lot of top boxers still fighting at the age of 40. You can’t deceive nature but sports is about the mindset and how you are able to work the body and stay disciplined."

“They should encourage and push us as far as we still have the passion for the sports because I win, I win for all of us.”