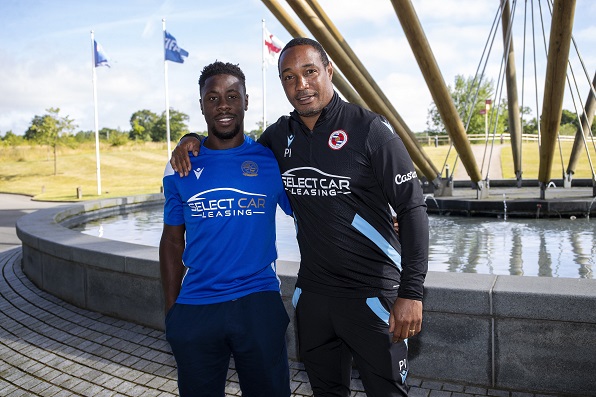 Black Stars defender, Andy Yiadom has been named as Reading FC's new club captain ahead of the 2022/23 season.

Yiadom has been a key figure for the side and played a major role last season.

Speaking on his new role at the club, he said, "It's a privilege," he told the club website.

"Ultimately I just want to be a service to the players and to the club.

"And we've got to reach for the stars. If everyone pulls in the same direction, we're capable of big things," he added.

"Ultimately I just want to be a service to the players and to the club.

"And we've got to reach for the stars. If everyone pulls in the same direction, we're capable of big things."@AndyYids on his new duties as ©️ pic.twitter.com/i4iVA9iKnZ

Yiadom is also now one of the longest-serving players at the club; he has represented the Royals for the last four years after leaving Barnsley – a team whom he has also captained in the past – in 2018.

Andy signed a new long-term contract at Reading this summer, committing his future to the club until 2025 – and at the end of last season, he was awarded the accolade of Player of the Season.

The Royals’ right-back made 38 appearances last season – taking his total appearances for the club to 132. That tally would have been higher had it not been for a spell with Ghana at the Africa Cup of Nations in Cameroon last January.

And the Black Stars defender is now set to play a part at the World Cup Finals in Qatar later this year as Ghana prepare to take on Portugal, South Korea and Uruguay in Group H.

However, his sole focus will be on performances for his club before he can get the call for his country in November.