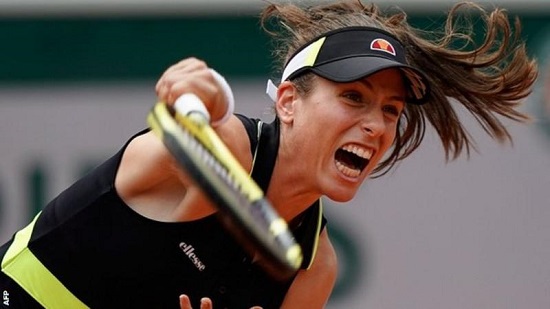 Johanna Konta's extraordinary French Open continued as she beat Sloane Stephens to become the first British woman since 1983 to reach the semi-finals at Roland Garros.

The British number one, seeded 26th, played near-perfect tennis in a 6-1 6-4 win over the American seventh seed.

She will play Croatian 31st seed Petra Martic or Czech teenager Marketa Vondrousova in the last four in Paris.

Konta will be playing in her third Grand Slam semi-final - on a third different surface - after runs to the same stage at the 2016 Australian Open and Wimbledon in 2017.

And she will look to go one better than Jo Durie - the last Briton to reach the women's semi-finals 36 years ago - by reaching Saturday's final.

"To play on the new Chatrier court against a top player and at the level I did, I'm really proud of myself," said Konta.

"It's hard to say if it was one of the best matches of my career, but dealing with conditions out here and against an opponent like Sloane who can run away with it, I was pleased to get her on the back foot and control the points a little bit."