John Paintsil and his team take over WA All Stars, club to play in NC' Special Competition 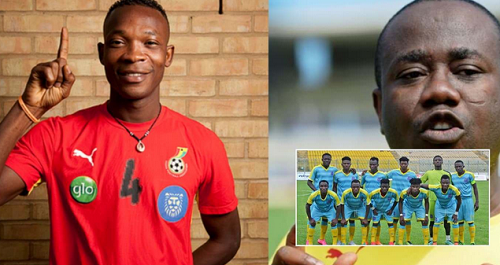 John Paintsil and his team take over WA All Stars, club to play in NC' Special Competition
Shares

WA All Stars have confirmed they will play in the Normalization Committee' Special competition after former GFA President Kwesi Nyantakyi sold all his interest in the club.

The position of the club was unclear as former owner Kwesi Nyantakyi was banned by FIFA from all football-related activities.

This meant that he had to sell the club to new owners and that has now been completed after former Black Stars defender John Paintsil led a group to purchase the club from former GFA President Kwesi Nyantakyi.

John Paintsil in a short notice said: As you may all be aware the former President of WA All Stars was unfortunately banned by FIFA from engaging in any footballing related activity. He had no option than to sell his interest in the club to us. He accordingly agreed to sell all of his interest in the club to the undersigned and his partners and they have taken steps to consummate the transaction and notify the relevant Institutions accordingly to complete the transition from the old owner to the new owner" portions of the release read. 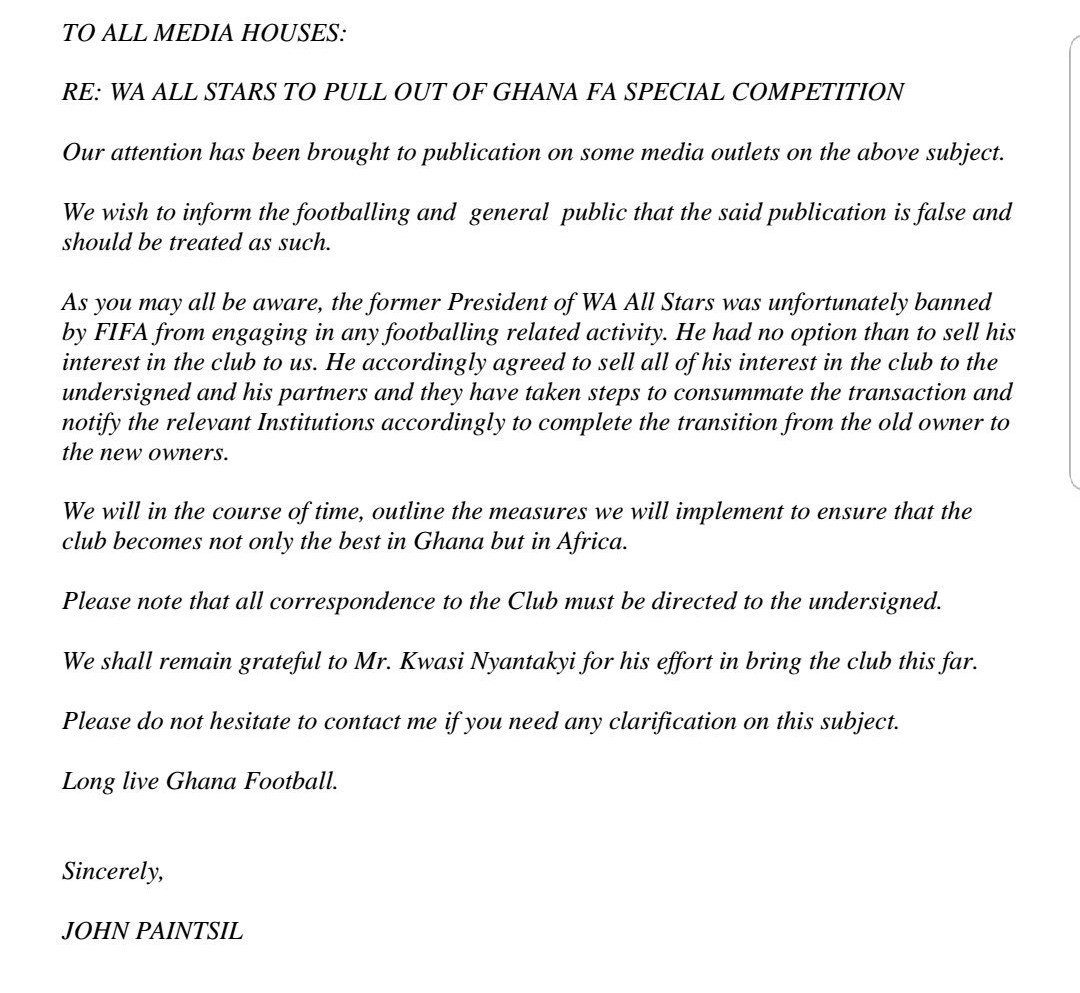 Read also: I will not apologize to you- Dong Bortey dares John Paintsil