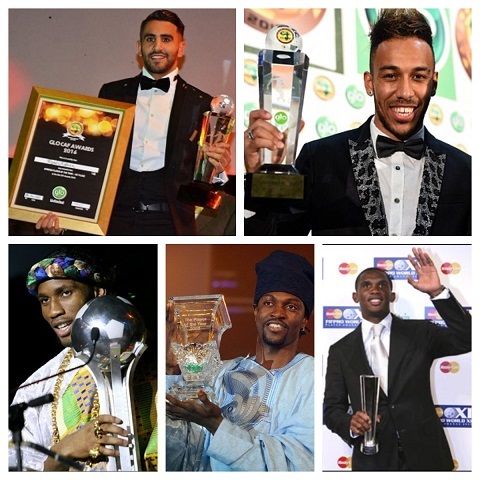 The CAF African Footballer of the Year Award has seen many great footballers pick up the accolade since its inception in 1992.

Ghana's Abedi Pele was the first player to win the accolade back in 1992 with Samuel Eto'o of Cameroon and Ivory Coast's Yaya Toure having the most with four awards each.

An earlier African Footballer of the Year Golden Ball award was given out between 1970 and 1994 by France Football magazine.

The changes resulted in parallel Golden Ball awards given out to Abedi Pele and George Weah in 1993 and 1994 by the magazine although the CAF sponsored awards for those years were won respectively by Rashidi Yekini and Emmanuel Amuneke, as well as two awards given to Abedi Pele in 1992.

France Football discontinued the awards in 1995 after the European Ballon d'Or also awarded by the magazine had been opened to all players in the European leagues.

In all, there have been 19 winners from 11 different countries since the inaugural awards back in 1992.

The current African footballer of the year for 2019 is Sadio Mane of Senegal.

Today will see another African player being crowned African Footballer of the Year in Rabat, Morocco from 20h00 local time (19h00 GMT.