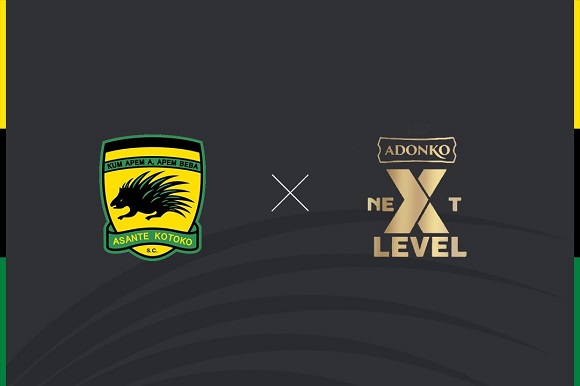 According to the club, the deal is for three years which takes effect from 2020/21 Ghana Premier League season. Kotoko believes their new partnership will push the club to the NEXT LEVEL.

"We are pleased to announce a partnership with Adonko Next Level Energy Drink for the next three seasons, beginning with 2020/21.

"This mutually beneficial deal will make Next Level Energy Drink the Official Energy Drink Partner of Asante Kotoko SC and will help push both brands to the NEXT LEVEL." 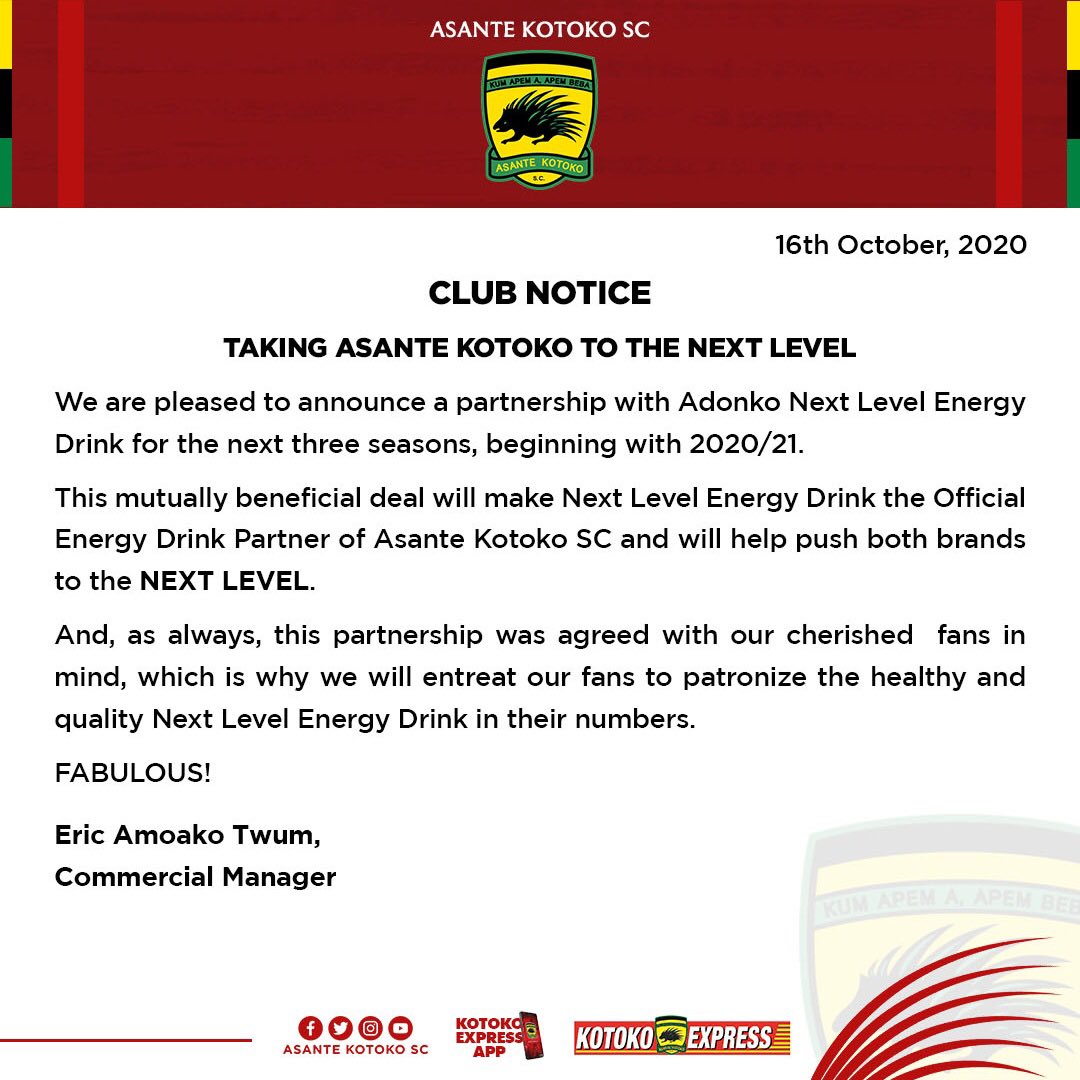 Adonko company limited, a subsidiary of the Angel Group Of Companies this year launched its first non-alcoholic drink known as Adonko Next level. Next Level is a premium energy drink filled with vitamins B6 and B12 and other important nutrients.

READ ALSO: Kotoko won't be lucky to beat me for the third time - Eleven Wonders coach ...

The Adonko deal adds to the many partnership deals Kotoko have secured heading into the new football season.

The Porcupines recently announced a deal with VEO technologies, a recording technology which will secure super high-quality footage of their academy and first team.

Another is the 3-year kits deal with Italian sportswear Errea.