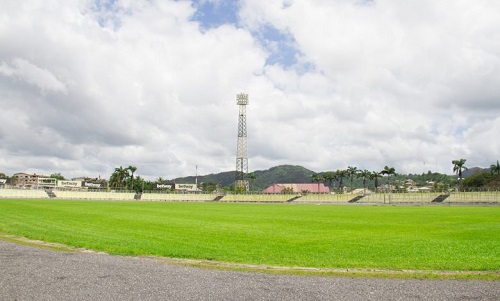 The Ghana Football Association has confirmed that Asante Kotoko SC will play its home matches at the Obuasi Len Clay Stadium for the second round of the 2020/21 League season.

Inter Allies FC have also been granted approval to play their home matches at the Theatre of Dreams in Dawu.

Both Clubs requested to change their venues after the first round of the season.

The GFA has however informed the two Clubs that any subsequent request to relocate within the course of the second round of the season shall not be entertained.

The GFA yesterday announced a list of Clubs who will be allowed to admit fans into their respective stadia following their successful completion of the Stewards Training.

According to the Executive Council of the GFA, after getting the required approval to admit fans to their stadia, the sitting at all the underlisted stadia shall be limited to the 25% capacity granted by government aimed at ensuring social distancing.

Attached is the approved maximum capacity allocated to the Premier League clubs. Other Clubs would be considered for approval once they conclude the training of stewards and meet all the requirements.

Below are the Clubs who will be allowed to admit fans for their home matches: