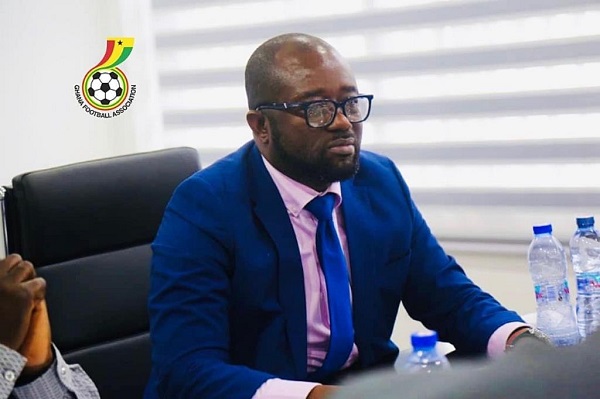 The decision means Okraku, who is the President of WAFU B, has become a member of the Executive Committee which gives him the opportunity to directly serve on the continent and contribute to the development of the game at the highest level.

The Ghana FA president has already attended a few meetings of the CAF Executive Committee following the decision to co-opt leaders of the regional bodies.

Okraku has chalked massive impressive feats since taking charge as the GFA President in just over two years and as the leader of WAFU B in just one year and has already made his presence felt during CAF meetings.

He has been credited for the quick return of Ghana to the top of African football by their recent qualification to the 2022 World Cup after recent setbacks that led to the setting up of a Normalisation Committee and has put the country on the right track since winning the GFA election just over two years ago.

Last year he was named as the new President of (WAFU) Zone B after he was unanimously approved as the new leader of the regional body by the all seven member associations.

He took charge following the decision of the incumbent Djibrilla Hima Hamidou to step down from the position, one year before the end of his mandate.

The President of the Niger Football Federation stood down from the leadership position, paving the way for Okraku to continue the remaining term of office.

The Ghanaian stood unchallenged as all the seven countries in the zone approved him as their new leader before fresh elections are held.

The famous former sports journalist holds an MBA in Football Management from the prestigious Liverpool University in the United Kingdom.