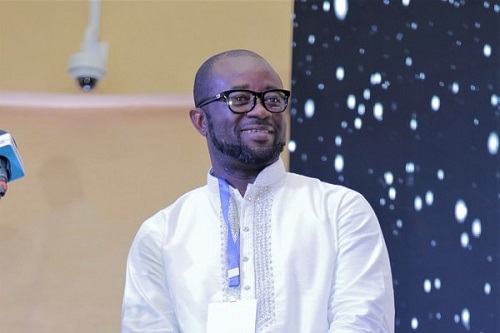 The President of the Sports Writers Association of Ghana (SWAG), Kwabena Yeboah has advised Ghana Football Association president Kurt Okraku not to get carried away afterÂ a wonderful job done so far.

According to Kwabena Yeboah popularly known as the ''writer," the GFA President is on the right path in the restoration of Ghana football.

Speaking to Joy FM, he said Kurt Okraku has exceeded his expectations and lauded him for a good job done.

"Let me start by commending Kurt Okraku, the new FA President for a wonderful job done so far. I have been extremely impressed with the way he has started. Itâ€™s not as though I did not expect too much from him but heâ€™s really exceeded my expectations within the last few months."Â

"His ability to put together all the teams. A few question marks have been raised about some members on the committees but this is to be expected.

"Generally, I have been impressed with the speed with which he put together the committees and to get the league running. Letâ€™s not forget that weâ€™ve from a long way.

"Ghana football was on its knees and not a lot of people believed that we could restart and get people to come back to the stadiums. I think heâ€™s done tremendously well in that last three months to get the league going."

He added: "Iâ€™m hoping that he would continue the way he started and not get complacent. Itâ€™s very tempting to get swollen-headed and get complacent along the way as you receive all the plaudits"

The GFA administration last month its markedÂ 100 days in office.