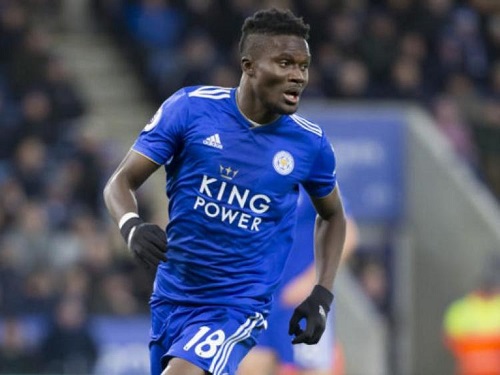 Leicester City manager Brendan Rodgers has provided an update on the injury situation of Daniel Amartey ahead of their Europa League clash with Ukrainian club Zorya Luhansk.

The Foxes play as guest to Zorya Luhansk at the Slavutych-Arena today at 5:55 pm.

Speaking ahead of the clash, Rodgers revealed his excitement about the rate the Ghanaian defender is recovering from the injury he suffered in October against West Ham in his second Premier League match this season.

"Daniel Amartey’s (hamstring) a little bit away, but he's progressing really well. It gives us a really exciting squad."

Due to his injury, Amartey was not included in Leicester City’s 25-man Europa League squad by manager Brendan Rogers.

Explaining the player’s omission, Brendan Rogers said the defender’s hamstring injury is likely to rule him out of all of the group games, which means he will be in the treatment room until at least mid-December.

“Daniel was purely because of injury,” Rodgers said. “He’s going to be out for a long period.

“He’s sustained a really bad hamstring injury which is such a shame because he’s worked so hard after a couple of years out, to get game-time and play so well against Manchester City, and then to play against West Ham and to pick up the injury. We were so disappointed for him.

Leicester’s 5-2 win over Manchester City in September was Amartey’s first Premier League appearance in this season.

A match he earned rave reviews for his all-action performance including a congratulatory message from Black Stars coach Charles Kwablan Akonnor.