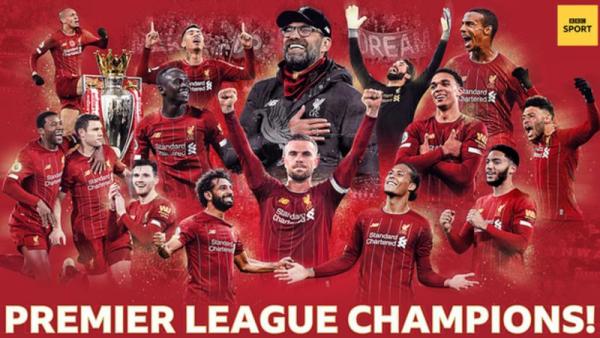 The Reds ended their 30 year-wait for a top-flight league title after Chelsea beat Manchester City 2-1 on Thursday.

That result means leaders Liverpool, 23 points clear of second-place City, can no longer be mathematically caught at the top.

"I have no words," Klopp told Sky Sports. "It's unbelievable. Much more than I ever thought would be possible."

The German, who was wearing a Liverpool shirt during his interview and was visibly emotional, added: "Becoming champions with this club is absolutely incredible.

"It is an incredible achievement from my players... and a pure joy for me to coach them."

Liverpool's incredible league campaign has seen them win 28 of their 31 fixtures and if they are victorious in five of their remaining seven matches they will break Manchester City's Premier League record of 100 points.

"We have to learn from this season and improve for the next one."