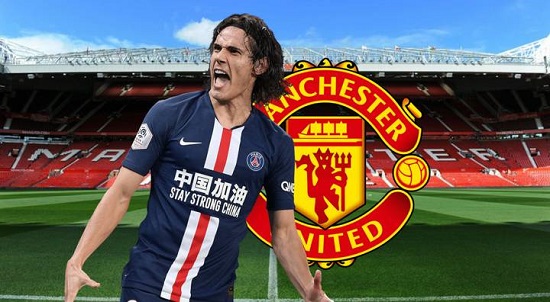 Edinson Cavani will not be part of Manchester United’s squad that will take on Newcastle United away from home in the Premier League this weekend.

Cavani’s dream Man United debut has been pushed forward due to coronavirus guidelines but will be ready when the Reds take on PSG on Tuesday in the Champions League.

The Uruguay international moved to Old Trafford as a free agent on transfer deadlines day and signed a two-year deal with the Red Devils.

Manchester United on Tuesday released a statement stating that the 33-year-old be unable to feature this weekend when the Red Devils take on Steve Bruce’s Newcastle United.

"Cavani is being forced to self-isolate due to the Covid-19 guidelines, following his arrival into the country from France, which means he is unable to make his debut at St James’ Park."

"The Uruguay international will be free to play against his former club Paris Saint-Germain in the Champions League, though, if deemed fit and ready for action."

Anthony Martial will miss the clash as well after he received a straight red card against Tottenham last two weekends.

Edinson Cavani, who scored 200 goals during his seven-year stay at PSG, is expected to challenge the likes of Martial and Ighalo for a starting role at United but it is obvious that the 33-year-old is an understudy to the France international.

Ole Gunnar Solskjaer is under pressure to deliver positive results at Old Trafford after losing two of his opening three Premier League matches.