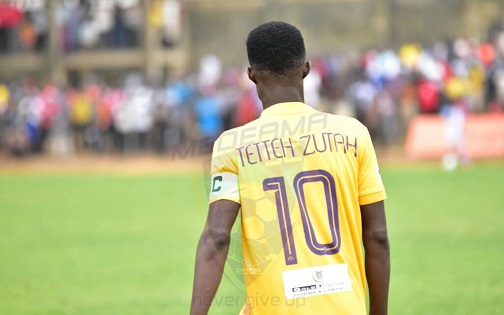 Ghana Premier League leaders, Medeama SC have extended the contract of three of their players.Â

The trio include captain Joseph Tetteh Zutah, Rashid Nortey and Richard Boadu. ZutahÂ has signed a one and half year deal which will keep in Tarkwa until August 2021, with an option to extend.

Zutah who has been a key cog of the Mauve and Yellows proclaimed that he is excited to keep wearing the jersey of the club.

â€œItâ€™s a great delight to continuously serve this badge and I look forward to making my time count,â€ he told medeamasc.com

â€œI have been with this great club for many years and have the institutional memory of how things work here.

â€œWe have a great crop of talented players who are determined to make a name for themselves and the club.

MidfielderÂ Rashid Nortey who extended his contract for a further 3 years with the two-time MTN FA Cup winners said he is happy the club decided to tie him down.

The Accra-born midfielder has been rewarded for his immense quality with fresh terms.

â€œThis is more than a football club. Itâ€™s a big family and we hope to make our fans happy this season and the seasons ahead.

â€œItâ€™s been a remarkable breakthrough for me and hope to reward the club with the confidence reposed in me.â€

Defensive midfielder Richard Boadu who penned a new four year deal with an option to extend for a further year said the decision to continue working with Medeama SC was based on its vision and philosophy.